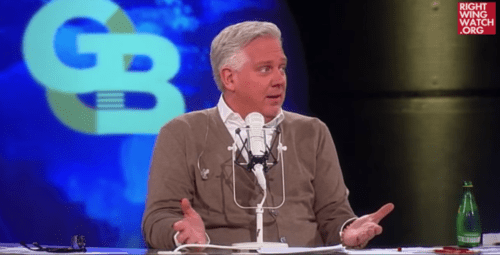 Last week we told you how a heroic lesbian student convinced her school district near Fort Worth to take up LGBT protections after administrators put the kibosh on her adorable “promposal” to another girl.

The Keller school board is scheduled to vote tonight on a proposal, initiated by Timber Creek High School student Casey Akers, that would add sexual orientation, gender identity and gender expression to the district’s nondiscrimination and anti-bullying policies covering students, faculty and staff.

As we’ve mentioned, the proposal has met with fierce opposition in the conservative suburb. And now, anti-gay Fox News host Glenn Beck, who happens to live in Keller, has joined the fight: 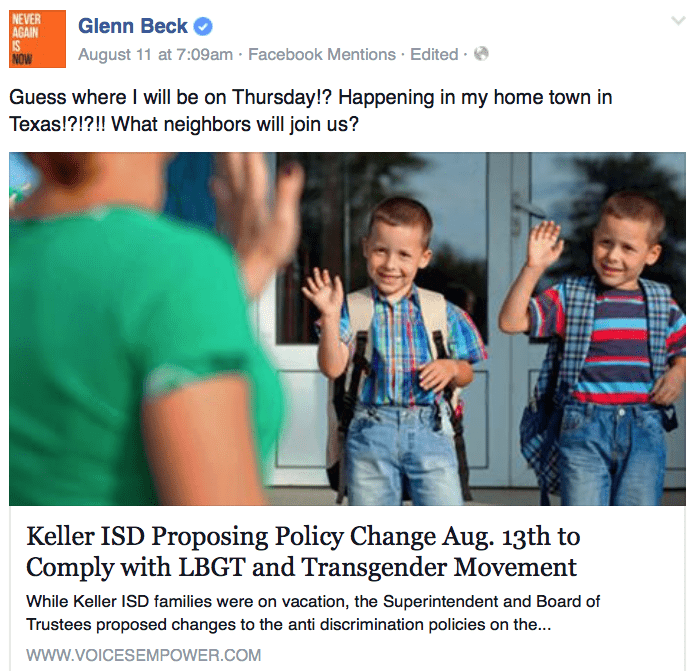 Also opposing LGBT protections is the radical Northeast Tarrant Tea Party, led by Julie McCarty and her husband Fred. And on Wednesday, Fred McCarty alleged that their post about tonight’s meeting was spammed by people affiliated with the “Revolutionary Alliance of Trans People Against Capitalism” and “Trans Queers For Satan”: 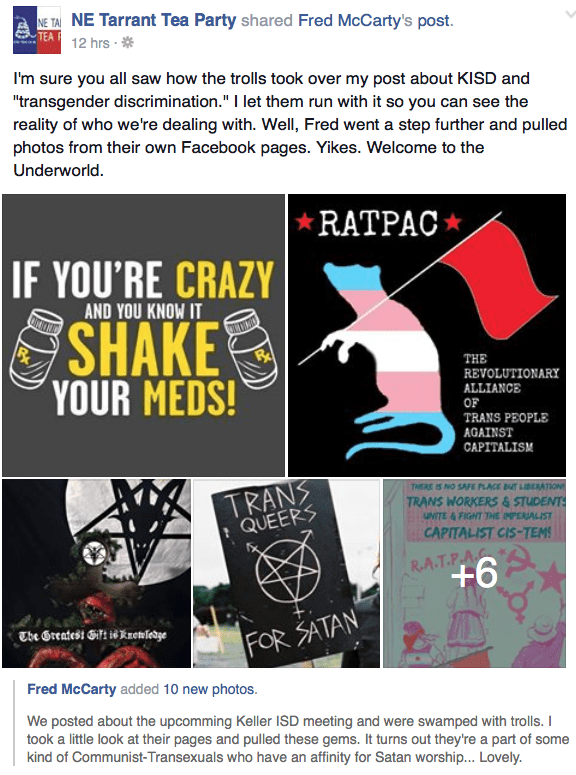 And here’s what Fred’s wife, Julie, posted on Monday: 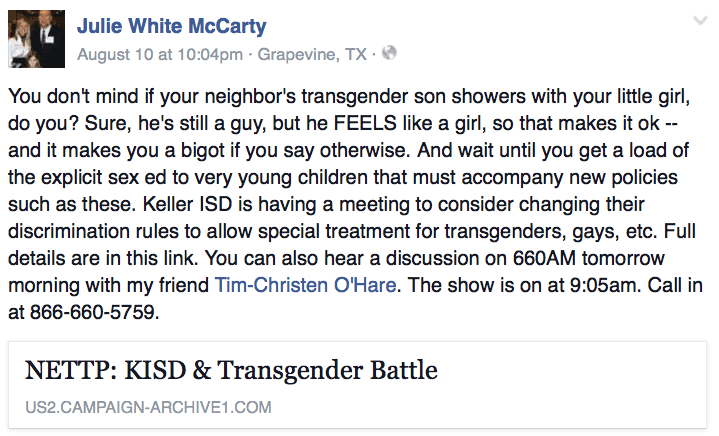 Fortunately, LGBT groups are fighting back and should also have a strong presence at tonight’s meeting. From Fairness Fort Worth President David Mack Henderson: 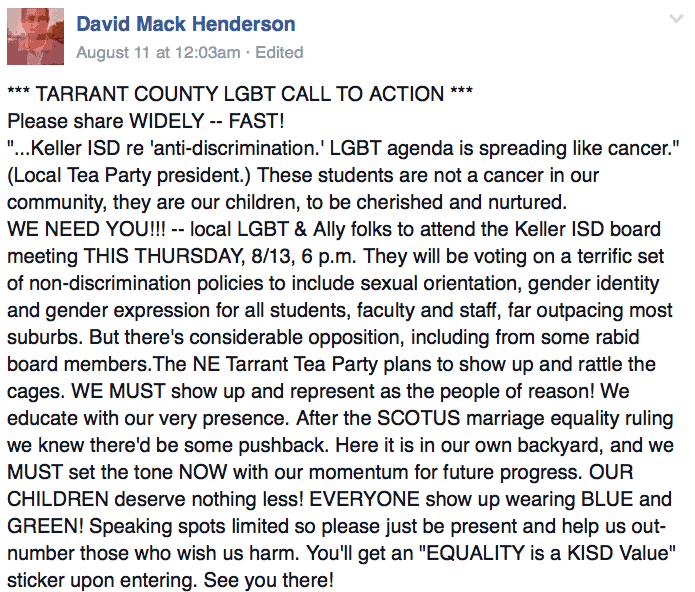 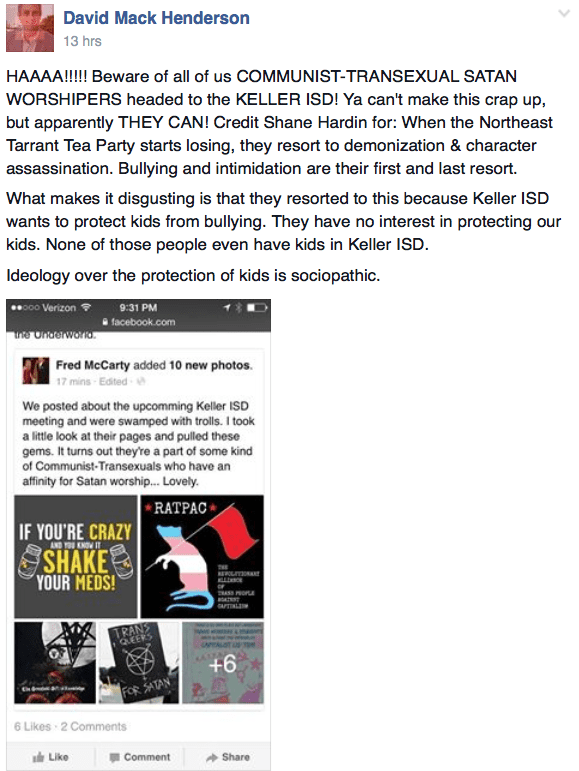 If you’d like to contact Keller school board members and voice your support for the changes, here’s their info: