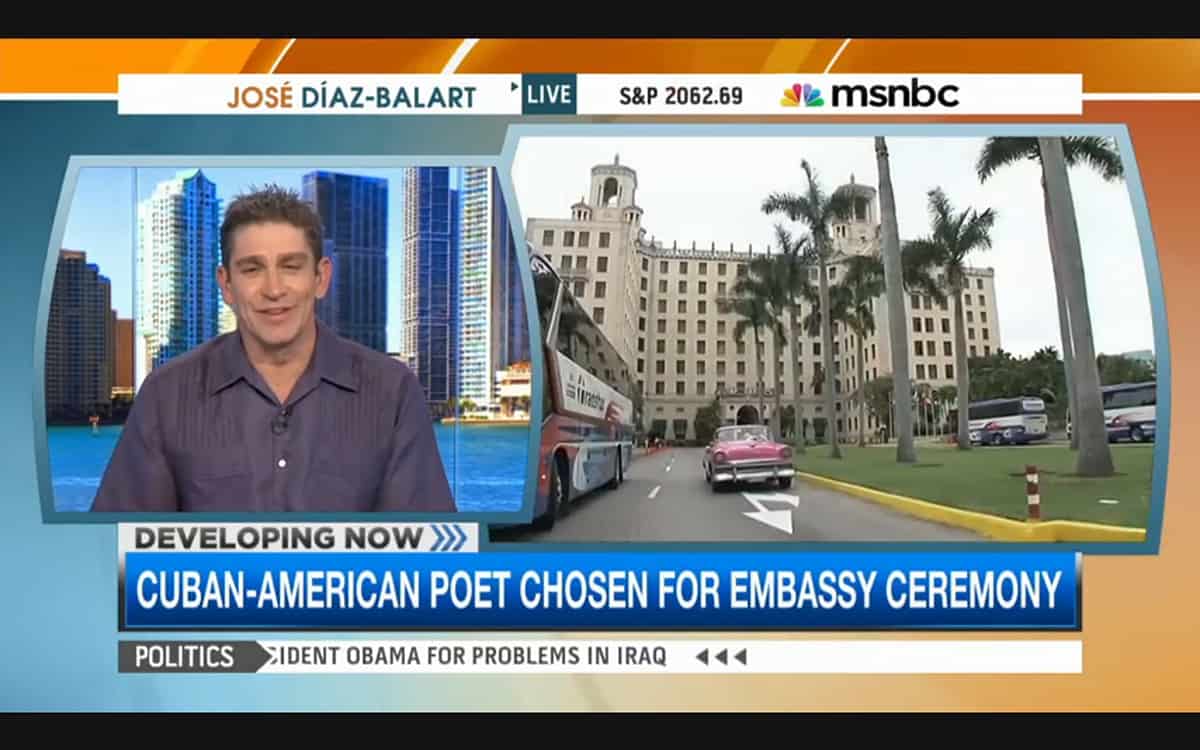 Gay Cuban-American poet Richard Blanco, who was chosen by President Obama to compose a poem for his second inauguration, has been asked by the Department of State to compose a new poem for the reopening of the U.S. Embassy in Havana, Cuba this Friday.

Said Blanco to MSNBC this morning about the poem he’ll read:

“It’s one of the most sort of emotional and complex poems I’ve ever had to write. It seems like so much of what all my writing has been about leading up to this very moment, the negotiation of cultural identities. This just seems so surreal still…This is really in some sense just the beginning, the dawn of new things to come…I’ve always felt like my heart has been split between two countries, two heritages, two loyalties. And so the poem is in a way reconciling that part of me, personally. What I hope the poem does as well is bring us to another place of reconciliation, an emotional place of reconciliation…I see this as a moment of emotional truce.”

“So incredibly emotional for me—not only to witness this historic moment, but also to be asked to be part of it. I’m humbled, honored, and elated.”