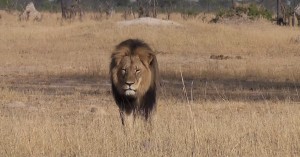 Jericho the lion appears to be alive and well, as the Zimbabwe Conservation Task Force has retracted its statement yesterday on the illegal killing of the brother of slain lion Cecil. The Oxford University field researcher tracking the lion also confirmed Jericho is alive and well.

Brent Stapelkamp dismissed reports that the lion had been killed, saying a GPS device on Jericho didn’t suggest anything out of the ordinary. Furthermore, the Zimbabwe Conservation Task Force, which told CNN and other media that poachers killed Jericho, retracted its statements on Sunday.

The head of the conservation task force, Johnny Rodrigues, said in a new statement that the erroneous information was the result of mistaken identity. Rodrigues said that another lion had been killed, something that CNN cannot immediately verify.

David Macdonald, director of Oxford’s Wildlife Conservation Research Unit, said this week that Cecil’s cubs are alive and are likely being defended by Jericho.