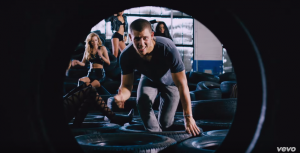 “It continues to set me up as a solo artist,” said Jonas in an interview with MTV about the music video. “It gives me a better idea of the looks I’m trying to go for. I want people to think when they watch my videos and music. I’m excited. I think it’s going to be one of my strongest videos.”

Check it out along with a behind the scenes video below:

Previous Post: « The Indianapolis Star Is About To Set A New Standard On Gay Rights For Daily Newspapers
Next Post: Miley Cyrus and the Queens of RuPaul’s Drag Race Slay the VMAs With ‘Dooo It!’ – WATCH »