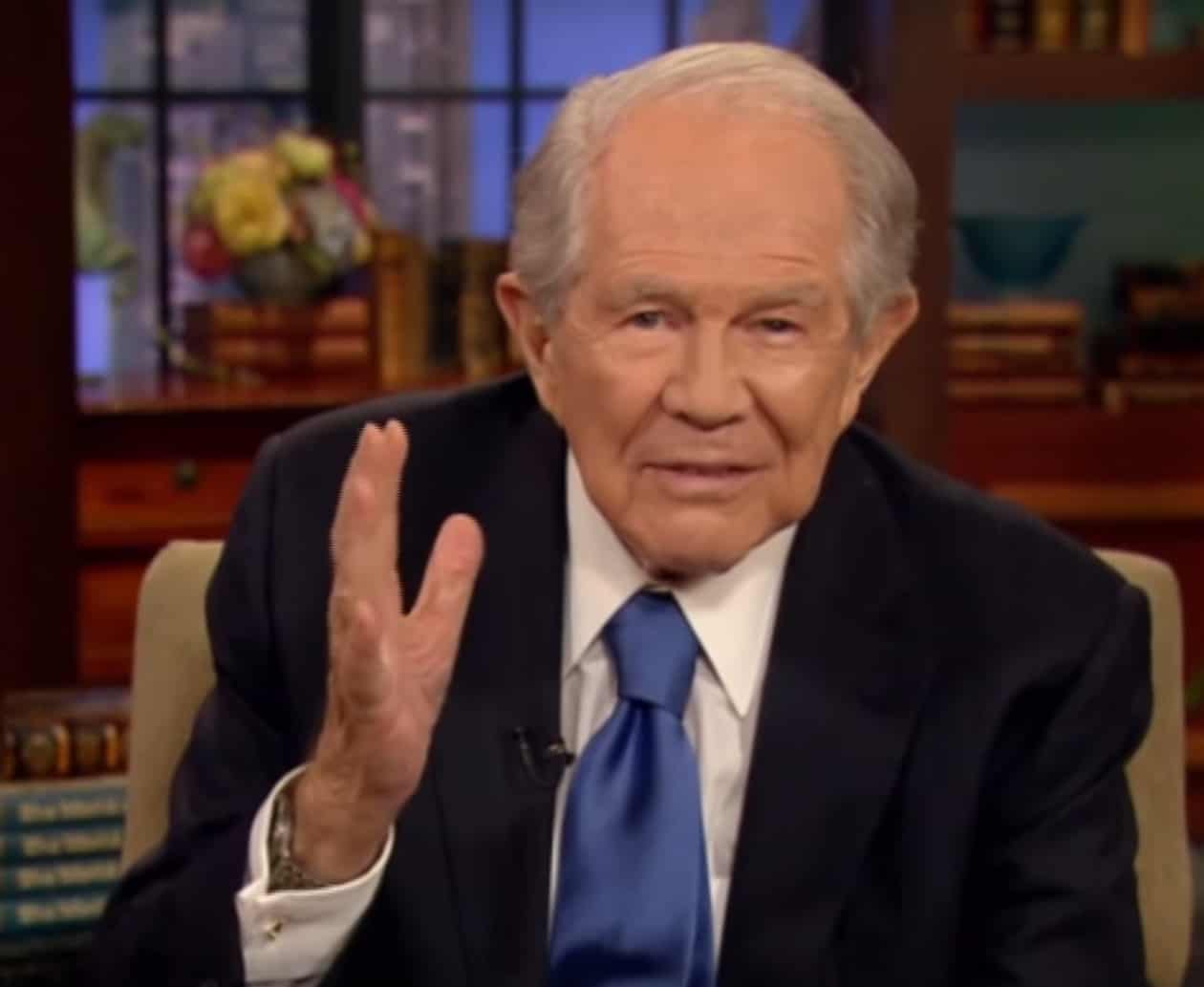 It was only Monday that televangelist spewed his latest anti-gay dribble on his show The 700 Club. Now, Robertson is back with insight on a book in the Bible, Leviticus, that is frequently used by zealots to decry homosexuality as an abomination. Robertson says that Christians do not need to concern themselves with the draconian strictures of Leviticus as it no longer applies. Unless you’re gay, of course.

Answering a viewer’s question and referring to one law in Leviticus about women’s menstruation, Robertson said,

“The idea that you’ve got to stay out of a room with a menstruating woman or something… I’m not sure where you found that either! Wherever you found it, you don’t have to worry about it, because what you do is love each other!”

Previously, Robertson has used Leviticus to justify and back up his anti-gay stance. It’s worthwhile noting, as blog Patheos does, that the verse Robertson references on menstruation comes just three verses before that on homosexuality.

In July, Robertson said of Leviticus’ teachings on homosexuality,

“The Bible didn’t talk about civil rights. It talked about ‘this was an offense against God’ and the land… would vomit you out. Read it! 18th chapter. Leviticus. Get your Bible. Read it. See what it says.”

So Leviticus applies only in cases of anti-gay bigotry. Got it.

Watch a video of Robertson’s new comments on Leviticus as well has previous ones from July, below:

Previous Post: « Steve Grand is Right About Our Fixation On the Male Body, But It’s Not Going Away
Next Post: Former Child Star Calls Out Roland Emmerich: Stonewall Wasn’t One of His Parties for ‘Young, Fit, White, Gay Men’ »