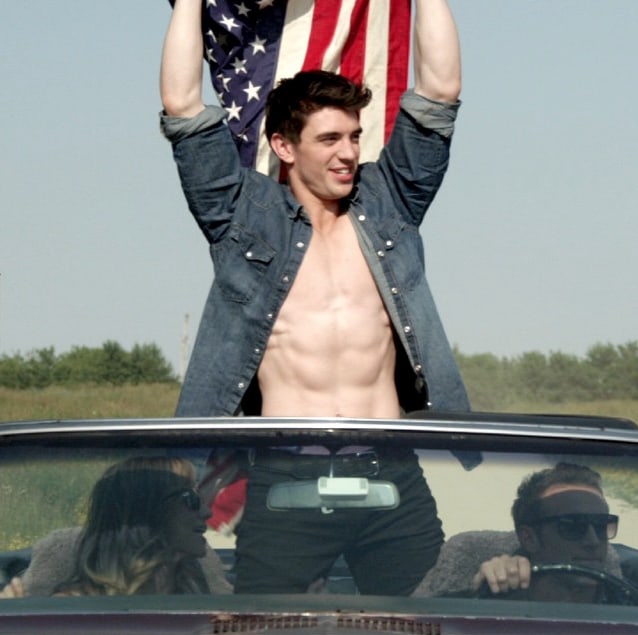 The Interplay is a special biweekly column exploring the intersections of sex, pop culture, and current events.

Steve Grand is right about us, the gay press, and about us, consumers of queer-focused media, when he says that we’ve spent too much time appreciating him for his looks rather than taking him seriously as an artist.

“[I] want YOU to stop ONLY posting the handful of half naked pictures of me taken over the last 6 years to get your page clicks,” Grand wrote last week in an open letter via his Twitter feed. “I’ve taken thousands of photos fully clothed over the last years. only 1% of my posts (on Instagram) show my bare chest. There’s a time a place for that.. but EVERY time?”

The problem that Grand is touching on is neither new, nor particularly unique to him as a public figure but, as is often the case, it took a conventionally hot, cis, white guy to bring this issue to everyone’s attention (yet again).

When you open up the homepage to any major LGBTQ-focused blog or news site, chances are that you’re going to be presented with photos and/or videos of attractive people doing a wide variety of things. They’re dancers, they’re directors, and (surprise) they’re sometimes models. Whether or not you actually care about the ballet or race baiting or working out in your office is almost irrelevant. We find these stories, publish, and promote them for one simple and obvious reason: you read them. We all read them.

There’s an odd relationship that exists between all content creators and the audiences whose attention they need. I say odd not because it’s strange or anything, but because it’s speaks to a very basic fact about human attention.

Gay men, like all men, have intense responses to visual stimulation. Guy sees hot guy, guy clicks link promising more of hot guy, guy is rewarded with more hot guy. That instinctive response to seeing guys in bathing suits or reading in public is single-handedly responsible for maintenance and profitability of most of the websites on the internet along with traditional media like television and print. Still, though, Steve Grand has a point. There is a disrespect in determining someone’s worthiness of your attention (read: clicks) based solely on their looks.

The onus, it should be said, doesn’t rest solely on the shoulders of the people reading articles and ogling Instagram posts. The sharing of sexually-charged, if technically tame, images is a two way street. When celebrities post photos of themselves in various states of undress, the public is going to stare. We’re all complicit in maintaining that relationship, but the question is: what do we do about it?

Policing public figures like Steve Grand or Nick Jonas or Tom Daley or any of the other thousands of people flaunting their physiques is out of the question. They’re more than welcome to wear whatever they want without bracing themselves for comment from the likes of you and me. Though it may sound a bit retrograde, there’s a space and opportunity for the gay media (in particular) to zero its focus in on less prurient stories. For every openly gay legislator trying to break the internet, there’s a legislator (sometimes the same one) vocally advocating for bills designed to provide basic protections of LGBTQ people in their state.

There are people and stories behind the chiseled bodies compelling you to watch this or listen to that. We, the gay pressfolk, know that those stories are out there, and we’ll gladly write them.

But will you actually read them?

The Interplay is a special biweekly column exploring the intersections of sex, pop culture, and current events. The opinions expressed are those of the author.

“Thanks! As I’ve said, nothing inherently wrong w objectification. I have not asked to not be objectified ever / Was just pointing out that it would be nice if any other aspect of my life/work as an artist/activist got a fraction of the attention / I hope we can agree that is a reasonable point. Of course sexuality is part of my work some of the time. Sexuality should b celebrated / but it’s not even close to being the full picture. Not when it comes to me, nor when it comes to most gay public figures.  / Thank you for starting this conversation in a reasonable way without simultaneously throwing someone under the bus”