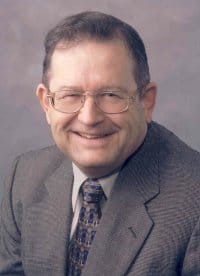 The issue was brought up in the 2016 legislative session after a group of lawmakers became upset with a high school athletic group that enacted a trans-inclusive policy, reports The Rapid City Journal.

Rep. Roger Hunt (pictured) introduced the proposal which would strip students from declaring their own gender and would require official birth certificates and “visual inspections,” to determine a person’s gender. Hunt blames gay marriage for spurring the transgender debate:

The South Dakota High School Activities Association’s policy managed to stave off legislators who attempted to overturn it last winter however, the attention direction at the policy by lawmakers is causing the association to revise pieces of the policy.

Sen. Craig Tieszen cited that a survey finds four in five schools support the association’s authority to determine its own policy with Tieszen agreeing stating “I believe they have the best interest of children as a whole in their hearts.” Despite Hunt’s attempt to derail the association’s progressive policy, other states are introducing transgender protections including a Kentucky school district that overwhelmingly voted to grant protections for its transgender students and employees last week.