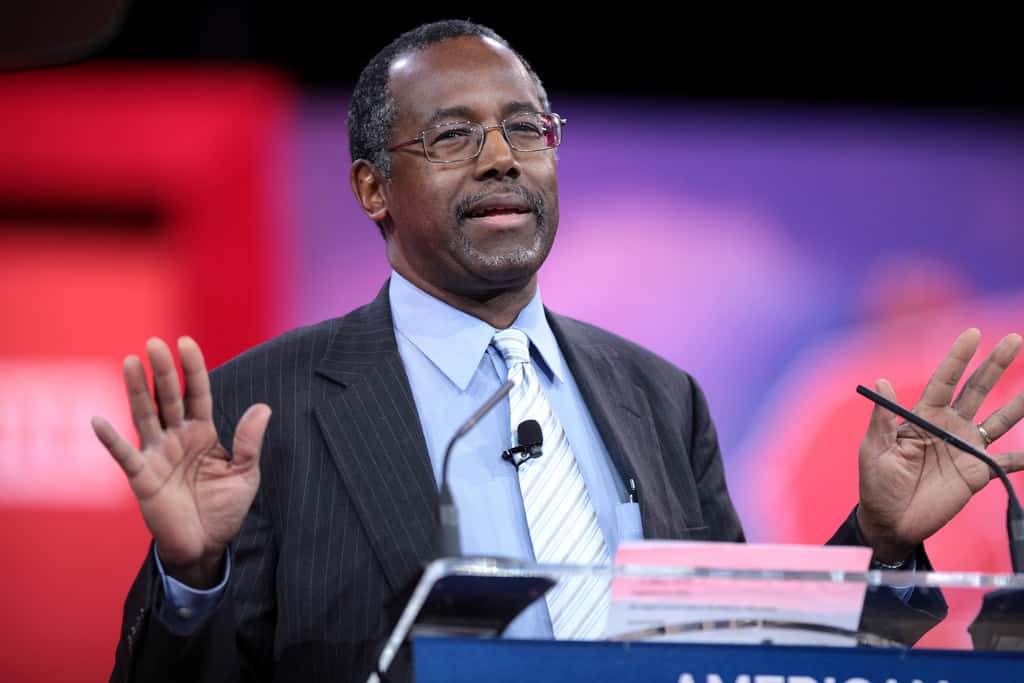 In his 2012 book America the Beautiful, Republican presidential hopeful Ben Carson wrote that same-sex marriage contributed in a major way to the downfall of the Roman Empire.

“As a Bible-believing Christian, you might imagine that I would not be a proponent of gay marriage,” Carson wrote in his book, America the Beautiful. “I believe God loves homosexuals as much as he loves everyone, but if we can redefine marriage as between two men or two women or any other way based on social pressures as opposed to between a man and a woman, we will continue to redefine it in any way that we wish, which is a slippery slope with a disastrous ending, as witnessed in the dramatic fall of the Roman Empire.” [emphasis added]

“I don’t believe this to be a political view, but rather a logical and reasoned view with long-term benefits to family structure and the propagation of humankind,” Carson wrote. “When children grow up in an environment with loving parents who provide security, they are free to be happy and playful and eager to learn. God obviously knew what he was doing when he ordained the traditional family, and we should not denigrate it in order to uplift some alternative.”

Carson is currently in second in most national polls among GOP primary voters behind Donald Trump. Carson has a long history of making incendiary and absurd statements about gay marriage (and other issues for that matter).

Previous Post: « Marine Biologists are Shocked By What They’ve Discovered in the South Pacific: WATCH
Next Post: Alyssa Milano’s Emotional Reaction To News Danny Pintauro Is HIV Positive: ‘He Is A Beacon of Light’ – WATCH »