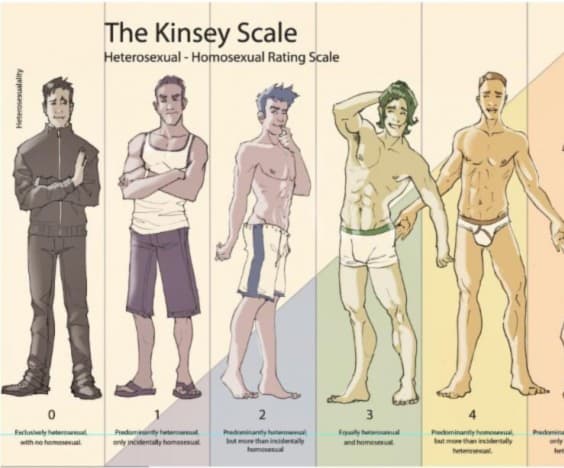 Now that Bisexual Visibility Week has drawn to a close, it feels like an appropriate time to talk about that role that we (gay men) play in maintaining a culture that makes it difficult to come out as bisexual.

For many gay men, the appeal of dating or hooking up with a bi guy is similar to the reason we fetishize straight men. As men who sleep with women, bi guys exist in a cultural space that says that they must be inherently more masculine by virtue of their sexual desires. Because masculinity is (largely) the most valuable form of social currency in the gay male social scene, we often think of bisexual men as being just shy of the straight platonic ideal of masculinity.

Unlike straight men who: a.) aren’t interested in other men and b.) probably wouldn’t be very good at the whole gay sex thing, bisexual men are made out to be the perfect objects of gay male sexual desire. Masc enough to pass and masc enough to handle whatever sort of carnal obstacles another man may throw his way. All of these ideas make excellent fodder for tortured, queer indie films or the occasional masturbatory daydream, but in practice, they limit the different sort of niches that we allow bi-identified guys to fit into both in our personal lives and the larger queer community.

Last year, Dan Savage picked up a piece that I’d written about the idea that bisexuality as we commonly think of it is more complicated than simply being physically or emotionally attracted to both genders. Often, we assume that all bi folks are bi-sexual  (sexually interested in members of both sex) and bi-amourous ( interested in building romantic connections with members of both sexes) at the same “level.”

It’s a common enough story that we’re all familiar with the beats: You hook up with a guy who tells you he’s bi and after a few weeks of “dating,” when you try to take things to the next level, he breaks it to you that he doesn’t see a relationship with another man for himself. The immediate assumption is that you’ve been led on and that this self-proclaimed bisexual is probably just a gay guy too chicken s–t to own up to being gay.

That incorrect assumption, I argued, is where a lot of the hostility from within the gay and lesbian community toward bisexual people actually comes from. While same-sex sexual encounters may come naturally for some men, romantic interactions between those same men and other guys may not be nearly as instinctive.

When I first wrote about bi-sexuality and bi-amourousness, I put most of the onus on the bi guys in question to be introspective about their desires and strive to be as upfront with their partners as possible about their intentions. In retrospect though, there’s a lot that we, gay men, can be doing to make queer spaces more welcoming to bi guys.

In the same way that bisexual men (and their potential partners) need to work on being more honest, thoughtful, and transparent about their intentions concerning one another, gay men could stand to be a bit more open minded in our conceptualizations of bisexuality.

When we talk about bi-invisibility, we’re usually talking about the ways in which we deny the validity of their identities. We say that bisexuality isn’t real or that it’s just a phase, but there are other, more subtle ways that we participate in bi-erasure and exclusion, particularly when it comes to men.

The “positive” stereotypes that we project onto bisexual men can ultimately become more of a burden than we may intend. When we define bisexuality as a form of “straight” masculinity that comes along with the benefits of gay intimacy, we aren’t just devaluing gay mens’ worth, we’re limiting the number of ways that bisexual guys can fit into the community.