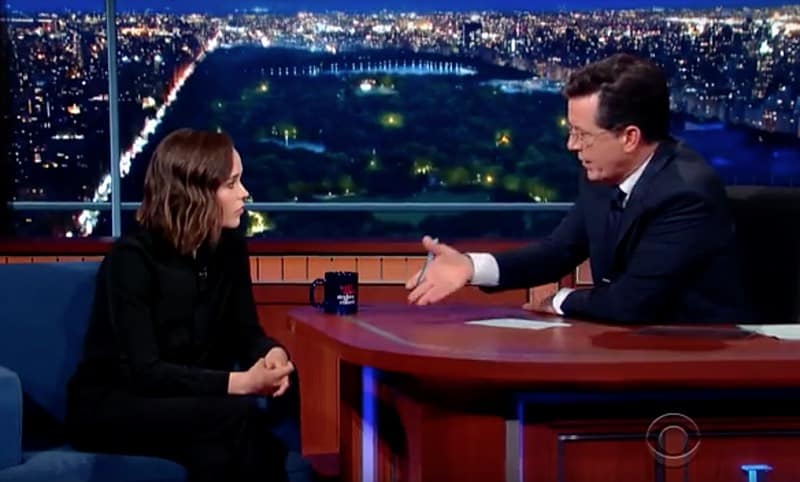 Ellen Page sat down with Stephen Colbert last night to talk about her new film Freeheld, co-starring Julianne Moore, based on a true story about a police detective with cancer battling the city to leave her pension to her lesbian partner. 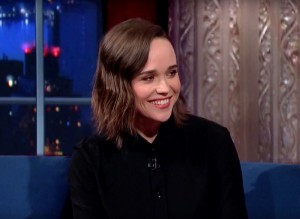 But mostly, she talked about LGBT rights, and why the “religious freedom” battle happening between conservatives and the gay community right now is based upon ignorance and intolerance.

“I think for the most part LGBT people started becoming more visible. Intolerance has always correlated with less people being out of the closet… It makes it shift from seeing something as other, or different and of course realizes we’re all the same, and all we’re asking for is equality, and growing up in a society that doesn’t make us feel less than…”

“Religious liberty and religious freedom is so so important, is so so crucial. What’s unfortunate, throughout history, is that religious liberty has been used to justify discrimination based on gender, based on race, and now it’s the LGBT community…I think often people aren’t exposed, just haven’t been exposed or had an interaction with LGBT people and I really do believe in my heart that it’s just that.”

Page, who came out publicly about 18 months ago, is receiving a Vanguard award from the Human Rights Campaign this weekend. She says she feels free now:

“I feel so grateful to feel how I feel now compared to how I felt when I was a closeted person. It is not a nice place to be. I was sad. It is toxic and I wish that no one had to live that way. I’m a very privileged gay person and those who are affected the most in our community are the most vulnerable. And I feel so grateful to be able to talk about things or share stories and meet incredibly inspiring people and meet people who’ve been touched by my coming out.”