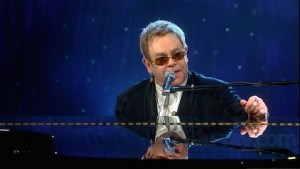 Looks like Sir Elton John may get his wish to confront Vladimir Putin about his country’s anti-LGBT record, as the Russian president reportedly rang up the singer yesterday.

Thank-you to President Vladimir Putin for reaching out and speaking via telephone with me today. I look to forward to meeting with you face-to-face to discuss LGBT equality in Russia. @president_vladimir_putin @ejaf #lgbt #lgbtrights #ShareTheLove

This past weekend, Sir Elton John, accompanied by his husband David Furnish, met with Ukrainian President Petro Poroshenko in Kiev on Saturday to lobby him on LGBT rights. While there he told the BBC he would also like to meet Putin:

St. Petersburg lawmaker Vitaly Milonov, the architect of the country’s gay “propaganda” ban who was recently awarded a state honor medal for his service, reacted by saying John shouldn’t distract the president with “rainbow affairs” and offered to meet with the singer to discuss how he is “deeply and systematically mistaken”.

Previous Post: « POLL: Majority of Americans Think Kim Davis Should Do Her Job And Marry Gay Couples
Next Post: Gay Bobsledder Simon Dunn Bulks Up and Bulges Out of His Spandex in New Video: WATCH »