All throughout Demolition, which opened the 40th Toronto International Film Festival (TIFF for short) which closes this coming Sunday, new widower Davis Mitchell (Jake Gyllenhaal) is putting the title into action. His wife has just died, he is convinced he feels nothing about it, and he begins to tear things down and scatter their parts about. The general idea is ‘take something apart to see how it all fits together’ but he doesn’t bother with the fitting back together part.

He’s also demolitioning his own life, of course, in the process. This peculiar destructive streak starts out small with his morning routine. At first, in montage, this includes lots of preening and shaving (including his chest. sniffle) to turn him into a smooth starched and well dressed executive but it’s quickly abandoned. Cue: sexy scruff and increasingly erratic behavior. (Unfortunately we are not shown the return of the chest hair. Stingy move, movie!)

Everything has become a metaphor…”

…Davis intones in the middle of the picture to his confused and impatient boss and father-in-law (Chris Cooper), as an attempt to explain his new and frankly worrisome headspace. But he’s right. Everything is a metaphor in Demolition and thus, apart from Gyllenhaal’s great performance, the movie sparked highly polarized reactions.

To make sure you got the metaphor bit, Davis repeats himself and then rephrases. It’s a neat Defense Against the Dark Arts (of Criticism) trick: build armor into your film by pointing out its vulnerabilities. Most of what you might snarkily say about Demolition, it’s irreverently already said about itself. 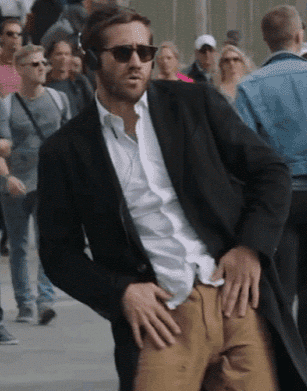 If you’re trying to put something as gimmicky or audibly scripted as this over, you want Gyllenhaal as your spokesperson. Ever since his career nadir in 2010 with two high profile flops in Prince of Persia and Love and Other Drugs (speaking of chest hair or lack thereof) he’s been taking risks and making wise choices. (And since this report comes to you from Toronto, it’s safe to say that he enjoys Canadian filmmakers since he’s gone from two with Denis Villeneuve to his first with Jean-Marc Vallée (of Wild & Dallas Buyers Club fame) for this film. End of Watch, Prisoners, Enemy, Nightcrawler, and Southpaw (his last five pictures) are a remarkable quintet of diverse, moody, and award-worthy performances.

Frankly, he’s earned a bit of showing off. And show off he does in this weird and dazzling star turn. Davis is much closer to a “movie character” than a real person; he writes TMI complaint letters to customers, pays construction workers to let him do their jobs for them, dances in public, and so on. Jake plays him big, turning the Movie Star Mojo way up but keeping Davis just stiff, dead-eyed and off-putting enough to make you alarmed about his mental health and just loose, lost-soul, and funny enough to keep him endearing.

In other words his deft star turn allows you to enjoy laughing at this man’s tailspin while simultaneously hoping he pulls out of it.

Unfortunately he’s running rings around the movie. Some of it is just too implausible to be anything other than “Outrageous Movie!” and there’s really no excuse for one scene involving firearms that seems downright irresponsible. Plus the movie has female trouble. The deceased wife, viewed frequently in flashbacks, is a good stand-in for the other female characters since she doesn’t really exist but in connection to Davis. Naomi Watts’s Karen, who works in customer service and pursues a very odd friendship with Davis, is in her own way, just as weird as her new friend. But the movie loses interest in her altogether once Davis starts hanging out with her queer teenage son.

Is Demolition disingenuous or deeply felt? Manufactured or moving? Maybe it’s a little of all of those things. The answer doesn’t really matter when the movie is at its weirdest, funniest, or most cathartic. Gyllenhaalics should line right up when they release it but anyone with a low tolerance for quirk and metaphor should steer clear. 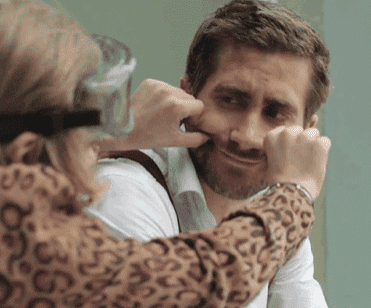