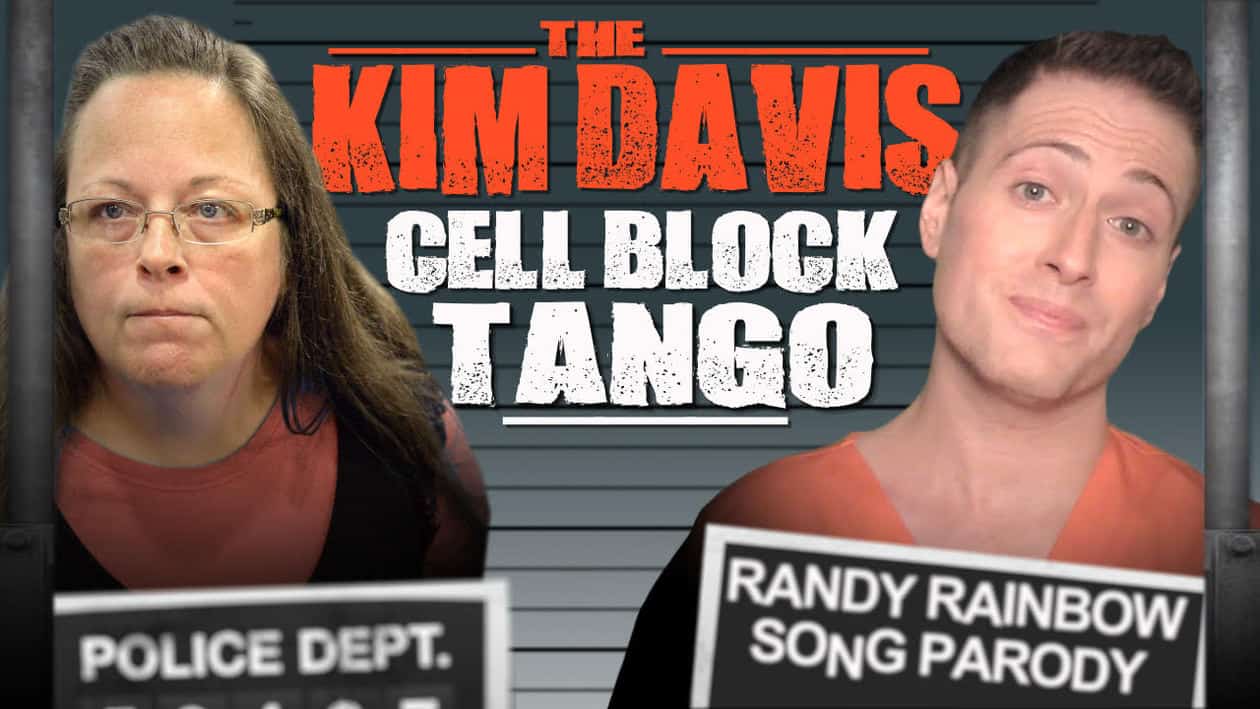 With the Kim Davis Cell Block Tango, our favorite parodist Randy Rainbow is back to pay musical tribute to everyone’s least-favorite Kentucky county clerk who spent Labor Day weekend in jail. As you know, last week U.S. District Judge David Bunning found her in contempt for refusing to obey court orders, do her job, and issue marriage licenses to gay couples as the law requires.

Watch Randy explain why “She had it coming!”

And here’s what happened in the Kim Davis saga over the weekend.

Kim Davis’s legal team, led by Liberty Counsel’s evil one Mat Staver, filed a notice of appeal to the U.S. District Court for the Eastern District of Kentucky stating that “the contempt order itself was unlawful.”

She is also waiting for the Sixth Circuit Court of Appeals to rule on a request to stay the order, though she has little chance of winning that battle.

Meanwhile, a group of 30 Kim Davis supporters went and stomped all over Bunning’s lawn.

One protestor outside Bunning’s home argued Davis was “unlawfully put in jail”, adding, “Show us the law or free Kim Davis.”

Hate groups and anti-gay extremists are set to rally in support of Davis on Tuesday outside the Carter County Detention Center where Daivs is incarcerated. Those expected at the rally in crude Staver, Family Research Council’s Tony Perkins, Brian Brown and NOM, and Pastor Joshua Feuerstein, who would like to use guns to fight gay marriage.

GOP presidential candidate Mike Huckabee, who is leading the rally, is expected to visit Davis in jail today.