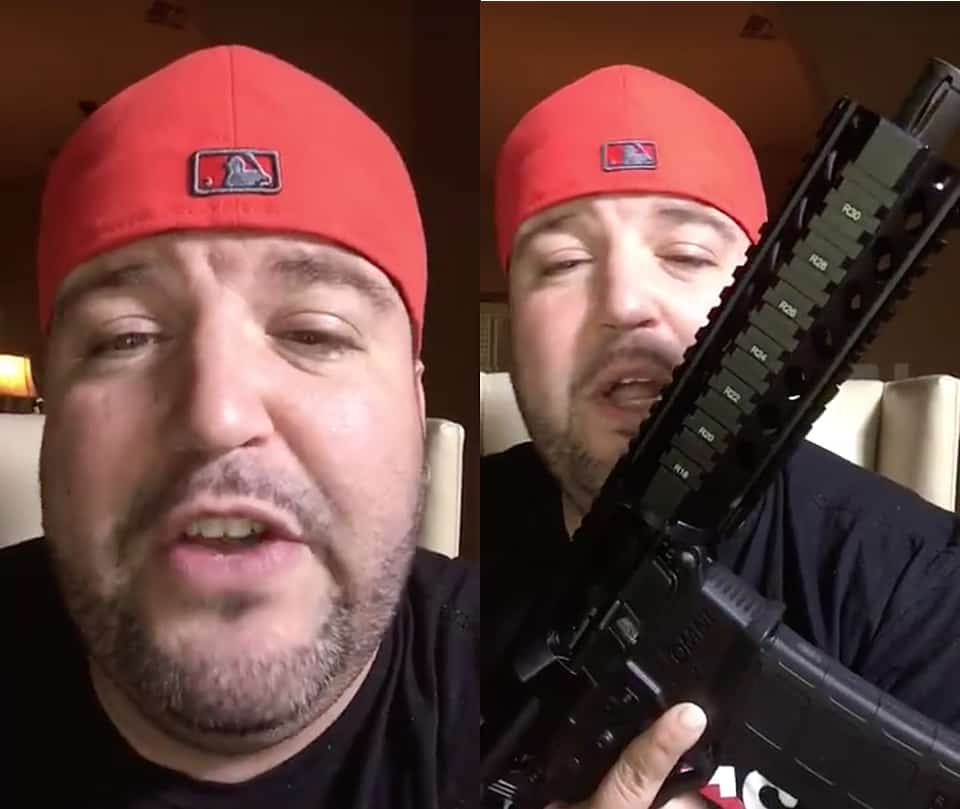 Pastor Joshua Feuerstein, a “former television and radio evangelist” who, according to his Facebook page, “has turned to social media with his personal story of redemption and the hope of how Jesus Christ can heal a hurting heart,” posted a video last week reacting to the SCOTUS ruling on marriage and its legal repercussions that has racked up more than 5 million views.

Rants Feuerstein in the clip:

“I remember telling you guys a long time ago that this was not about gay marriage and equality!….It’s about reconstitutionalizing a term so that now it opens up the door for the liberals to come after Christianity!”

They’re coming after our First Amendment constitutional rights! Well, check this out, this is one pastor that will not bow. Why? Because my First Amendment right (holds up gun) is guaranteed by my Second Amendment right. Think about that, ladies and gentlemen. It’s time that we finally take a stand and say no more. We’re not backing up any further. We’re not going to allow a tyrannical government to come in and strip away our rights as Christians and try to demonize us so that they can make the Bible bigoted.”

You may recall that Feuerstein made headlines back in April when he recorded a video of himself calling up a local bakery and asking them to bake a cake that said “We do not support gay marriage.”

After it hung on up him, the bakery then began receiving phone calls from people egged on by Feuerstein to harass them:

“We started getting some hundreds of phone calls and making very nasty and negative gestures towards our business, towards us.”

Surely it’s time for the U.S. government to put Feuerstein on some sort of domestic terror watch list now that he’s pulled his gun out and made threats.