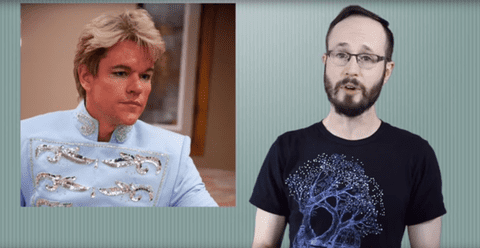 Yesterday, we told you about Matt Damon’s remarks that gay actors in Hollywood would do better in their careers if they did not come out of the closet.  Said Damon,

“I think you’re a better actor the less people know about you period. And sexuality is a huge part of that. Whether you’re straight or gay, people shouldn’t know anything about your sexuality because that’s one of the mysteries that you should be able to play.”

Damon then went on Ellen to clear up his statement:

“I was just trying to say actors are more effective when they’re a mystery. Right? And somebody picked it up and said I said gay actors should get back in the closet. Which is like I mean it’s stupid, but it is painful when things get said that you don’t believe. And then it gets represented that that’s what you believe. Because in the blogosphere there’s no real penalty for just taking the ball and running with it. Ya know what I mean? You’re just trying to click on your thing.”

All of this made another Matt, Matt Baume, wonder, “Oh, Matt Damon, why?”

In a new video on YouTube, Baume spells out how Damon’s remarks underscore a dangerous double standard on how society (and Hollywood) views homosexuality versus heterosexuality. While he may not realize it, Damon is actually saying that gay actors should keep their sexuality a ‘mystery’ while straight actors are free to share details about their ‘sexual’ lives with the public. Because “sexuality” is only alienating when its “homosexuality.” Matt Damon has talked about his wife, his kids and his family in media interviews for years–including in an interview with Ellen DeGeneres–none of which ruined our ability to see Damon as a talented actor able to play a sexual orientation other than his own (e.g., Behind The Candelabra). So why didn’t Damon keep his sexuality a mystery to be a better actor? We’ll never know. And while Damon may bristle at the accusation that he told actors to ‘get back in the closet’, Baume says its best: “Whether you meant it or not, it’s what you said.”

“I don’t think Matt Damon is a bad guy. I think he’s just operating from some unexamined assumptions…By talking openly about being straight and then saying that people shouldn’t know about an actor’s sexuality, he’s reinforcing a dangerous assumption that everyone is presumed straight until they say otherwise and that audiences will only think of you as having a sexuality if they find out that you’re gay.”