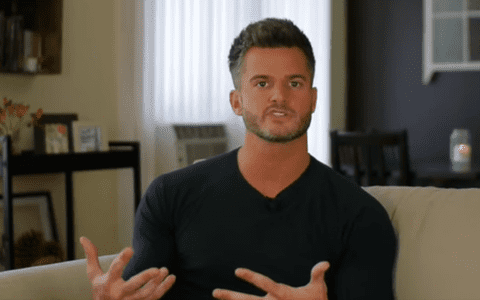 Psychotherapist Matthew Dempsey talks about race and the LGBT community in his latest video titled, “I’m Gay, White and Racist.”

The video (and its title) underscores how inherent racism is in our society and how it must first be acknowledged before it can be defeated.

Dempsey explains that while he understood what it felt like to be discriminated against and treated as ‘the other’ because he is gay, that experience didn’t mean he was free of racist tendencies that were instilled in him by society. Said Dempsey,

“As a white person, I’m going to be having certain racist beliefs because I grew up in a racist society. And it’s only when I’m able to call that out, and just own it and be honest about it, that then helps me manage that so much better so that I can then quell any kind of tendencies of discriminating.”

Dempsey also talks about Roland Emmerich’s Stonewall and the controversy over what many are calling that film’s whitewashing of history, in addition to how people of color are often fetishized and discriminated against in the LGBT community.

The purpose of addressing these issues, Dempsey says, is to “open space” so people will feel more “able to talk about these things.”

Previous Post: « Azealia Banks Compares LGBT Community to the KKK, Wants to Pepper Spray a Gay Man in the Face
Next Post: What To Watch On TV This Week: ‘Daily Show’ Gets a New Host; Miley Hits ‘SNL’ »