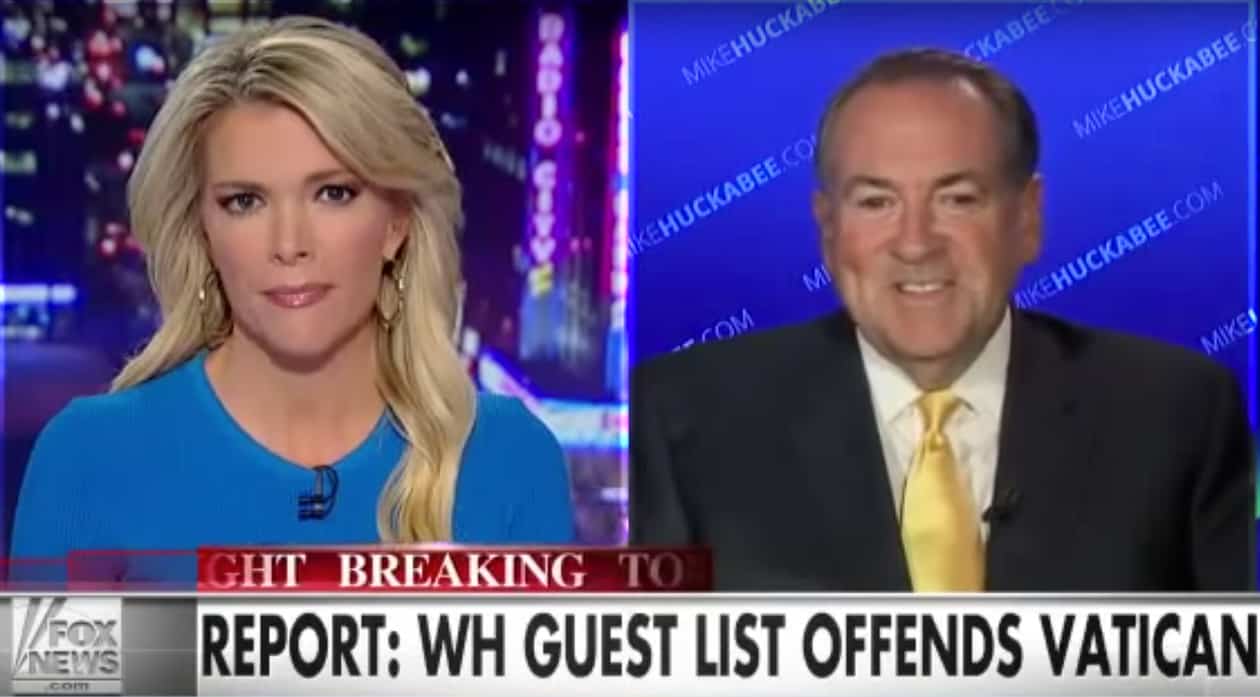 Huckabee bizarrely compared the President’s decision to invite LGBT people to the event with providing alcoholics an open bar:

“Megyn, if I were hosting a group of Alcoholics Anonymous, I wouldn’t set up an open bar…bring the best and the most faithful Catholics you can…I’m not sure that inviting people who are openly at odds with the Vatican, who have criticized the Pope for his positions and the Church’s positions, the doctrinal positions on abortion and euthanasia, why do you put them in the very likely position where they would be photographed with him and make it a very embarrassing moment.”

When asked whether the guest list for the Pope’s reception might have been created to expose the Pope to another point of view aside from his own, Huckabee said this is “not the appropriate place for that.”

Why is it that @POTUS goes to extremes to accommodate Muslim terrorists but shows nothing but disdain for Christians? #PopeInUS

.@POTUS show of disrespect for @Pontifex is a new low for an admin that will go down as most anti-Christian in American history #PopeInUS