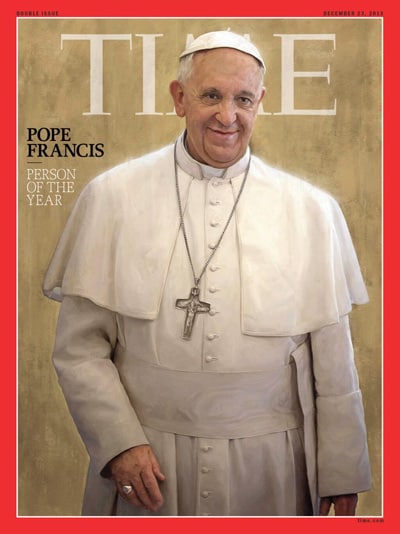 Several guests invited to the White House for the welcoming ceremony for Pope Francis are reportedly troubling the Vatican including openly gay Episcopal Bishop Gene Robinson, Mateo Williamson, is a former co-leader of Dignity USA Transgender Caucus, and Sister Simone Campbell, the pro-choice nun who is executive director of NETWORK, a 44-year-old national social justice lobbying group. Williamson is the guest of Vivian Taylor, a trans woman who formerly served as executive director of Integrity USA, an Episcopal LBGT advocacy group.

According to a senior Vatican official, the Holy See worries that any photos of the pope with these guests at the White House welcoming ceremony next Wednesday could be interpreted as an endorsement of their activities.

The tension exemplifies concerns among conservative Catholics, including many bishops, that the White House will use the pope’s visit to play down its differences with church leaders on such contentious issues as same-sex marriage and the contraception mandate in the health care law.

“The goal here is to invite up to 15,00 people to the South Lawn of the White House, and the Ellipse, to welcome the pope to the White House. We would expect a wide variety of Americans who are enthused about the opportunity to see the pope. I think that reflects the pope’s stature and the significance of his visit, and the way he has inspired so many Americans, including a bunch of us who aren’t Catholic. So I would expect there would be a diverse crowd… to attend that ceremony. And I think the diversity of that crowd reflects the diversity of people in this country who are moved by the teaching and actions of this pope.”