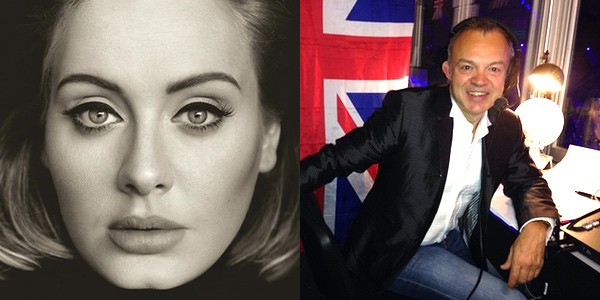 British TV viewers will hear Adele’s much-anticipated album 25 in a one-hour November special hosted by Graham Norton, who will also interview the songstress.

Adele at the BBC” will be her first television appearance since performing Skyfall at the 2013 Oscar ceremony.

Calling Adele’s new album “the music event of the year,” Norton added: “This opportunity to spend an hour with Adele, her music and her stories is a truly rare treat.

“If I wasn’t hosting this special I’d be sat at home watching it.”

The show will be taped in front of a live audience on 2 November. Tickets will be allocated via a ballot, and applications are open now on the BBC Music website.

No date has been set for the show’s broadcast.

RELATED: WATCH: Adele Is Back, Breaking Hearts With The Music Video For New Single ‘Hello’