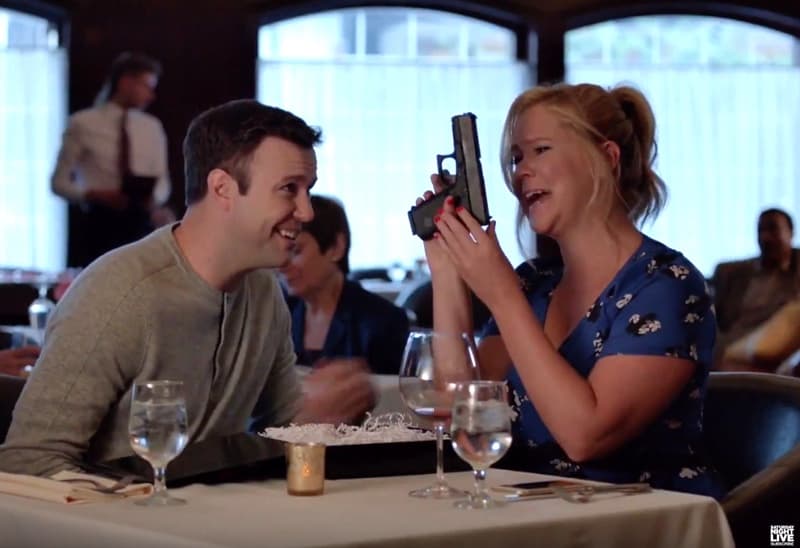 SNL took on America’s obsession with guns last night in a skit featuring Amy Schumer and the regular cast which highlighted the way firearms play a role in the lives of many Americans.

Schumer, as you may recall, spoke out about gun control over the summer after a shooting at a screening of her film Trainwreck at a theater in Louisiana left two people dead and later joined her cousin Sen. Chuck Schumer (D-NY) as he proposed stricter gun legislation.

Schumer later joined Vanessa Bayer as a flight attendant on a Delta flight, trying to keep the passengers entertained:

Previous Post: « French Couple Explains Grindr Slang For Your Next Hook-Up in Paris: WATCH
Next Post: What a Dad Told His Gay Son in 1959 That Changed Him Forever: WATCH »