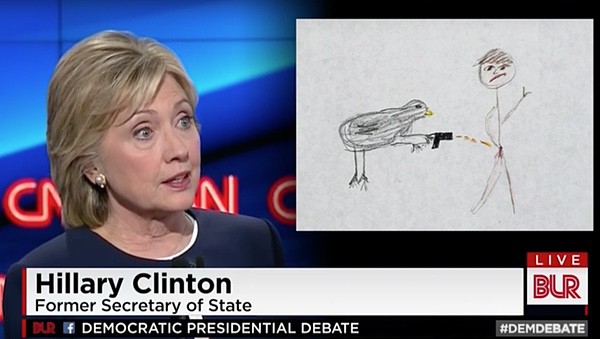 Hillary Clinton also explains the drawing she made of a bird shooting a man in his peewee to Anderson Cooper.

Somehow it all makes sense.