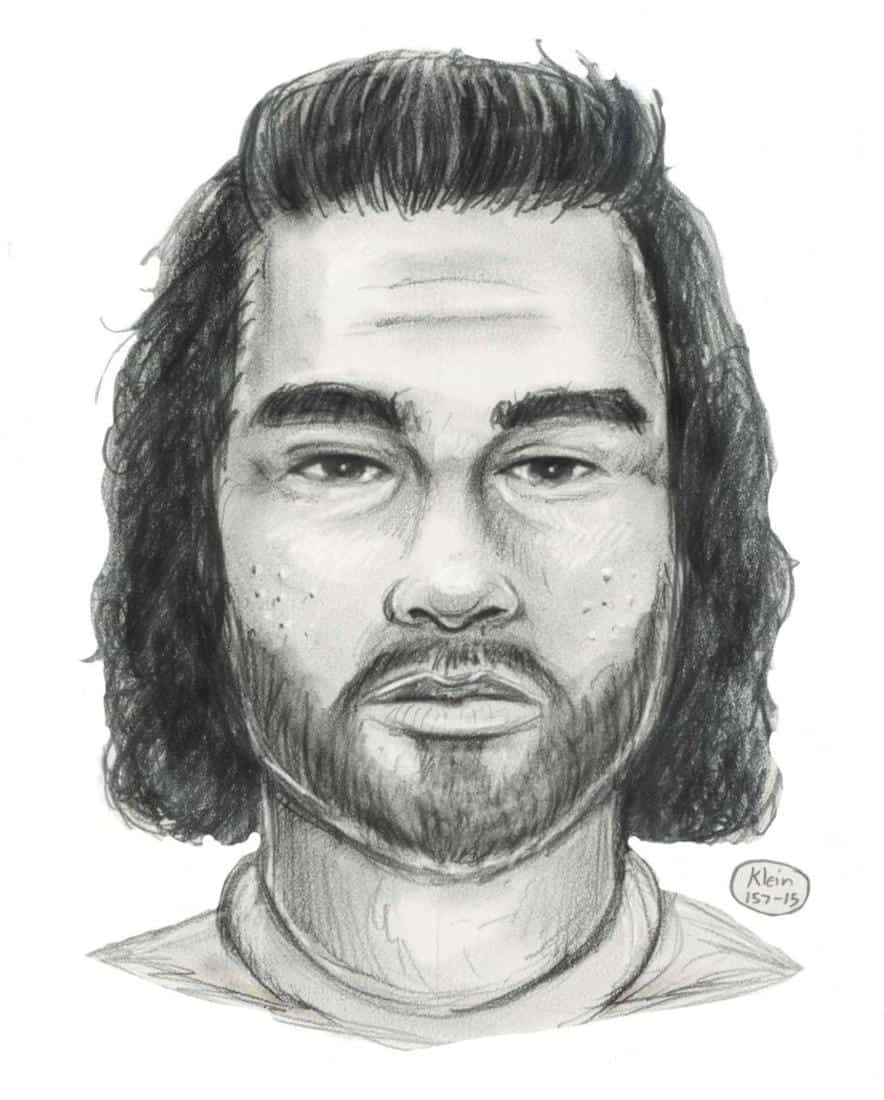 The NYPD is searching for a suspect who attacked a man on the NYC subway last week, the NY Daily News reports:

The victim had just exited a train at the 50th St. No. 1 train station and was approaching the turnstiles when the creep kicked him from behind about 6:45 p.m. Sept. 23.

The victim tried to run but his attacker grabbed him and punched him twice in the face before fleeing the station. The victim, who was not seriously injured, told police he had been on the train with the suspect but had no interaction with him before the attack.

The suspect is described as  a Hispanic man, between 30 and 40 years old, about 5 feet 6 inches and 5 feet 9 inches tall, with long dark hair, wearing a black T-shirt, black shorts and red sneakers. They also released the above sketch and a surveillance video.

Anyone with information on the case is asked to call 800-577-TIPS.