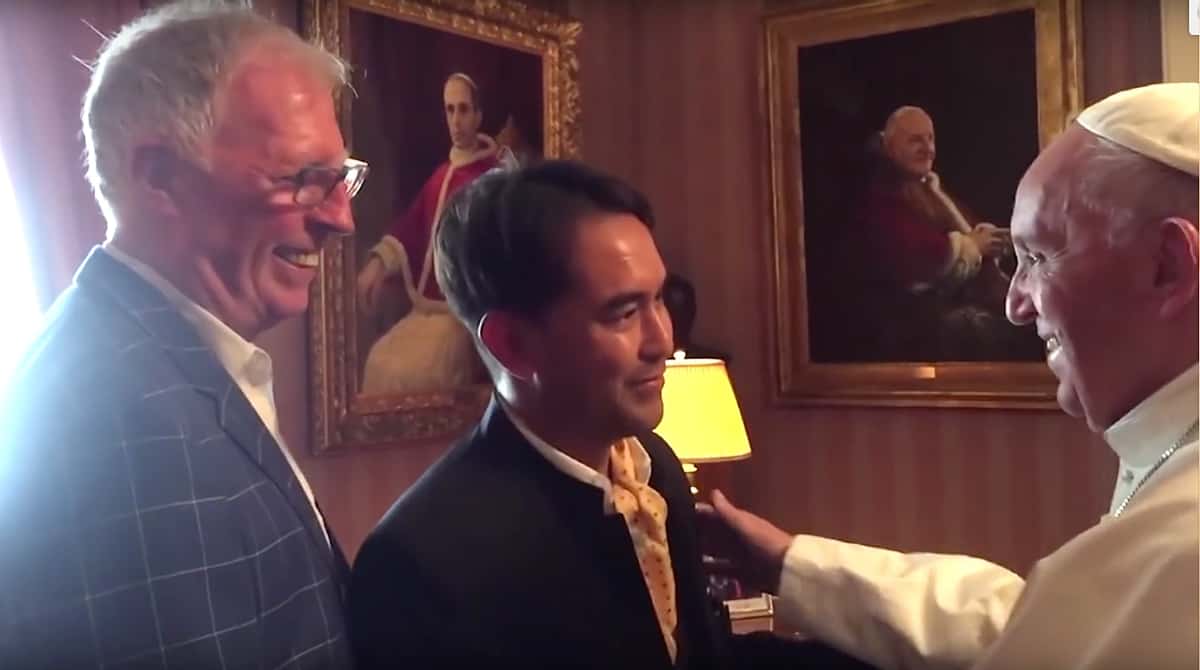 Pope Francis had a private meeting with a gay couple of 19-years during his visit to the U.S., CNN reports:

Yayo Grassi, an openly gay man, brought his partner, Iwan, as well several other friends to the Vatican Embassy on September 23 for a brief visit with the Pope. A video of the meeting shows Grassi and Francis greeting each other with a warm hug.

In an exclusive interview with CNN, Grassi declined to disclose details about the short visit, but said it was arranged personally by the Pope via email in the weeks ahead of Francis’ highly anticipated visit to the United States.  “Three weeks before the trip, he called me on the phone and said he would love to give me a hug,” Grassi said.

Grassi said the Pope has long known that he is gay, but has never condemned his sexuality or his same-sex relationship. Grassi said he and Iwan (he declined to disclose his last name due to privacy concerns) also met Francis last year in Rome.  “He has never been judgmental,” Grassi said. “He has never said anything negative.”

“Obviously he is the pastor of the church and he has to follow the church’s teachings,” Grassi added. “But as a human being he understands all kinds of situations, and he is open to all kinds of people, including those with different sexual characteristics.”

Here’s a video of the meeting, published to YouTube on September 24 by TV Canal 9:

News of the meeting broke as the Vatican struggled to contain a narrative surrounding its meeting with Rowan County, Kentucky Clerk Kim Davis.

Earlier on Friday, the Vatican released a statement regarding the meeting with Davis, denying that it was private or that it was “a form of support of her position in all of its particular and complex aspects.”

Davis’s lawyers countered by saying the Vatican’s statement was a lie, and presented its own narrative (which you can read HERE). They also released a set of photos of Kim Davis and her husband allegedly sitting in a Vatican embassy waiting room.

UPDATE: Here’s a longer video of the meeting.