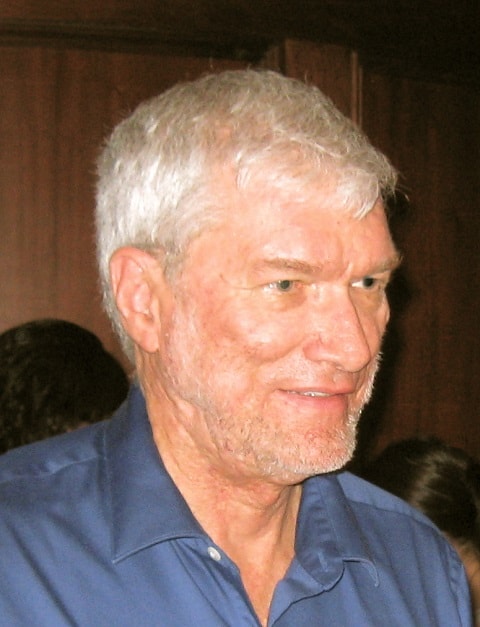 Answers in Genesis head honcho Ken Ham unwittingly hit the nail on the head last week when he complained that a non-literal interpretation of the Bible reveals that God in fact did not create marriage.

Appearing on radio show Point of View, Ham also worried that Americans will lose their clothes if they fail to accept that the bible is not just a hashed together collection of stories rewritten and appropriated to serve the Catholic hierarchy.

"Bible-believers believe in creation first and foremost because that is what the Bible plainly reveals" – B.Osborne  https://t.co/LdcpjquCxZ

“The doctrine of marriage is based there upon the literal history of Genesis.

“The origin of clothing,” he added “…it’s right there in Genesis [so] if you abandon Genesis’ literal history of marriage and say marriage can be two men or two women or whatever you want, well why not abandon clothing?”

Ham’s creationist nonsense is so off the charts that earlier this year even hoary old bigot Pat Robertson had a go at him.

Previous Post: « ASAPScience Guys Greg and Mitch Test Their Tolerance For Pain: WATCH
Next Post: Jake Shears, Kylie Minogue and Nile Rodgers Get Down in NERVO’s ‘The Other Boys’ Video: WATCH »