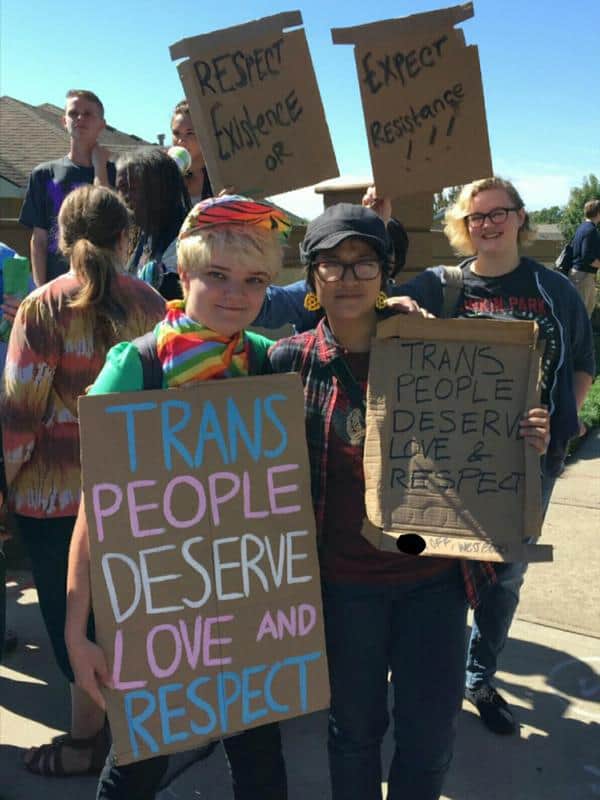 Last week, The Westboro Baptist Church showed up at Oak Park High School in Kansas City, Missouri to protest the school’s election of a transgender homecoming queen. Knowing the kind of disgusting display they could expect, the students of Oak Park decided they would not allow WBC to spew their hate and attack their homecoming queen, Landon Patterson.

Hundreds of students were ready when Westboro rolled into town and sent them packing within minutes.

Westboro was driven away from their picketing site by counter-protestors carrying signs with phrases such as “Westboro Baptist Church need Jesus” and chanting “long live the queen!”

“This isn’t just about supporting Landon, this is about supporting all our students,”Christina Palermo, an organizer for the rally, told a local news outlet. “Landon is just their scapegoat. They’re attacking everyone in the LGBT community.”

Check out a video of the students as they make clear that hate is not welcome in their town, below.

Also check out more photos from the day, below.

Previous Post: « Pope Francis: Church Should ‘Move Forward’ From Controversies on Gay Issues
Next Post: What To Watch On TV This Week: Gaga Debuts On ‘American Horror Story’ »