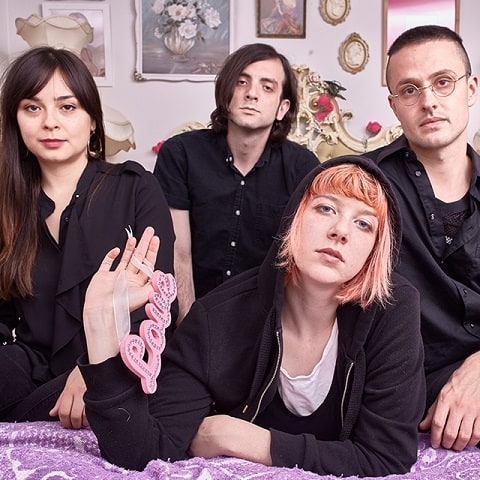 This week in new music, Toronto’s Dilly Dally (above) unleash a guttural indie noise debut worthy of Courtney Love, The Enemy answer their many critics with an arena-bound dash of pop, Shopping display their art rock/post punk chops on second album Why Choose and Swim Deep come over all psych pop on Mothers. 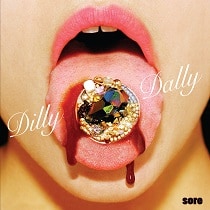 Toronto act Dilly Dally’s debut Sore is the album you’ve been waiting for since Hole’s Live Through This.

It’s been a 21 year wait so it had better be worthwhile and with the burst of noise and singer Katie Monk’s growl on Desire, you know you’re in for something special.

It’s not all just noise – there’s a swagger and confidence that is as rare as early Pixies and Breeders, an almost relentless squall of sound over 11 songs and 34 glorious minutes.

On the album’s best track “Purple Rage” Monks channels Courtney Love, screaming “I wanna change, you can put it on my grave.” Please don’t.

With their third album, 2012’s Streets in the Sky perhaps heralding the depressing final act in a generally downward trajectory, it perhaps comes as something of a surprise that on album number four English rock trio The Enemy have not only found their form but also a new voice.

Of working on the album, singer Tom Clarke said it’s a “natural progression” for the band. Getting a dig in at music journalists who have often used The Enemy – and particularly Clarke – as whipping boys, It’s Automatic may be a shock “to people still living in 2007.”

It’s understandable that Clarke and co. could be open about being bored at the prospect of making “another Enemy record,” given the ire they have received since their 2007 debut. The album closer “What’s a Boy to Do” is about Clarke considering quitting music completely.

More or less entirely jettisoning the early Jam-like sounds on their debut, the progression on It’s Automatic will likely be seen by many as a regression into sub-Coldplay. Soft rock but album opener Don’t Let Nothing Get in the Way is a signpost to your nearest arena, and why not? There are actual love songs on here and the album is capped off with Charlie Chaplin’s plea for universal brotherhood in The Great Dictator.

They’ve grown up, they’ve polished their sound into something approaching pop and they’re not (as) angry anymore. That’s not a bad thing. 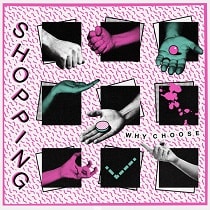 Following on from 2013 debut Consumer Complaints, London trio Shopping continue to maintain that they are not a political act and just want to make dance music.

The latter they provide in spades with a frenetic pop punk clarity that brings their conversational boy-girl vocal concerns to the fore.

But regardless of what they say, Shopping is a band with a message and the simplicity of their sound – which occasionally veers into effective almost-noise and the odd synth flourish – harkens back to the glory days of the late 70s and early 80s post punk.

From album opener “One Great Song and I Could Change the World” to the 60s psych pop of “Spaceman,” the conscious decision to move on delivers a set that while occasionally meandering – “Is there Anybody Out There” – and silly – “Fuehio Boogy” – is ultimately satisfying if in need of a good editor.