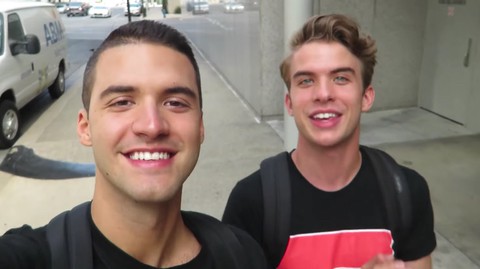 Vloggers Raymond Braun and Aaron Rhodes traveled to Houston to join the campaign to raise awareness about and bring visibility to the Houston Equal Rights Ordinance (HERO), also known as Proposition 1. During their trip, Raymond and Aaron spoke to volunteers who are helping get out the word about HERO and found out why they are so passionately behind Prop. 1.

As we’ve been reporting, HERO is an ordinance currently up for vote in the nation’s fourth largest city that, if enacted, would prohibit anti-LGBT discrimination. Many analysts say that Houston will be a bellwether for whether other cities and states across the nation will be able to enact similar ordinances to protect LGBT people or whether the foes of equality will see a political opportunity to outlaw non-discrimination ordinances (as has already happened in some places in the U.S.).

But far from being a bill that just serves the LGBT community, HERO provides nondiscrimination protections based on 15 different classifications (see below). 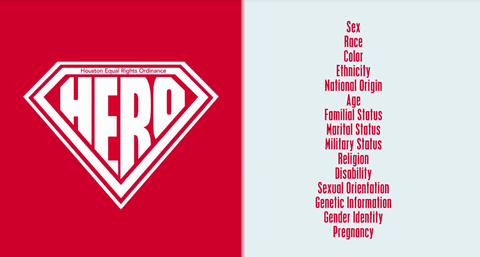 Watch Raymond and Aaron hit the pavement for HERO, and hear Houstonians’ moving personal stories of why they’re backing this ordinance, below: