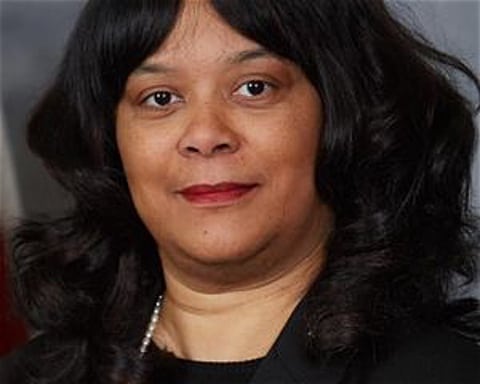 Pottstown, Pennsylvania Mayor Sharon Valentine-Thomas, a candidate for Montgomery County Register of Wills, said this week that she’ll refuse to issue any marriage licenses to same-sex couples should she be elected to office, the Times Herald reports.

“I am opposed to gay marriages on religious grounds, and my conscience will not allow me to sign off on marriage certificates for gay couples. People should not have to violate their conscience to run or to serve. I am not an obstructionist and will not force my values on others.”

Thomas is running against incumbent D. Bruce Hanes, who made headlines in 2013 when he began issuing marriage licenses to gay couples, saying he was compelled to do so by the ruling against DOMA in United States v. Windsor. At the time, Hanes said he wanted to be “on the right side of history.”

Said County Commissioner Josh Shapiro of the wannabe Kim Davis: “We cannot have the same courthouse where Pennsylvania’s first same-sex marriage licenses were issued by D. Bruce Hanes become a place where the register of wills would refuse to honor the love two people share by not signing their marriage licenses.”