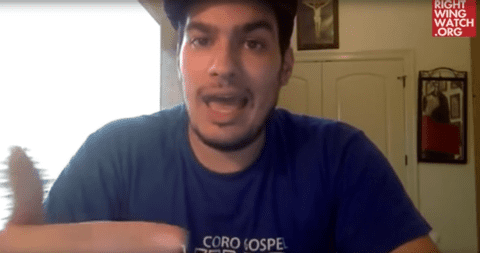 Calling for gay people to be put to death, radical Christian pretty-boy activist Theodore Shoebat has come out in support of Russia’s new law imposing incarceration for anyone who publicly admits they are gay.

“It’s the sublime words of Moses that tell us how to deal with this evil.

According to Right Wing Watch, he added that “the average Russian wants execution for this nonsense and absolutely, I completely agree.”

He also said that Christians who do not support the extermination of gay people are liars and heretics.