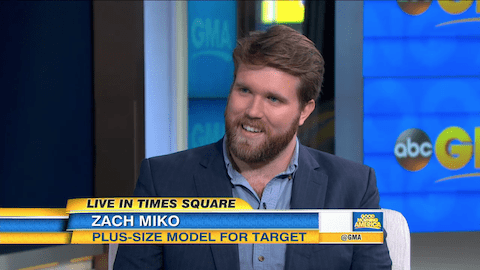 Target’s big and tall plus size model Zach Miko appeared on ABC News to discuss his first big modeling gig and how he learned to accept his body:

“I was like, ‘I like being the big guy. I’m happy to be the big guy. I’ve been trying to change for years because that’s what the industry is telling me to do and I don’t want to do that.”

Miko credited his wife for giving him the confidence to pursue an acting career although media execs believed that Miko, who is 275 lbs and wears size XXL, was “too large” for roles. Miko said his Target modeling gig happened by chance thanks to his acting manager:

“It was luck. My acting manager had a friend who was working as a stylist, a hair and makeup stylist, and Target was looking for someone who was big and tall so my manager rings her up and says, ‘I got one.’”

Watch the humble and handsome model explain coming to terms with his body, along with some modeling shots, below: 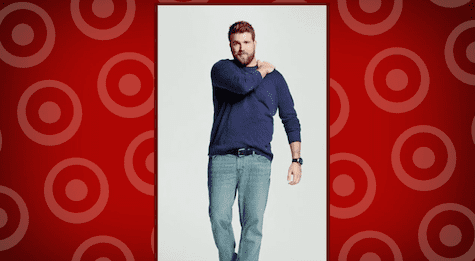 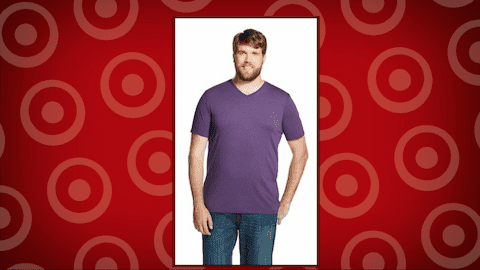 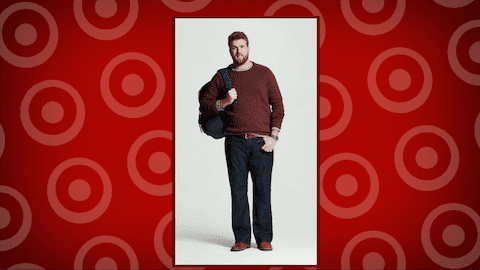