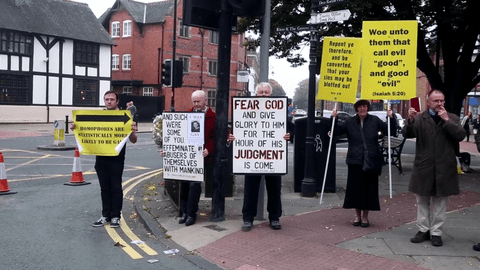 One British man has given us all a master class in trolling evangelical, homophobic wing-nuts who like to protest Pride.

In a new video  posted to Vimeo, Dean Paton of Chester approaches a group of anti-gay protestors at Chester’s 2015 gay pride as he remarks to the camera,

“This is how you troll horrible evangelical arseholes who think it’s nice to say people should burn in hell and what have you.” He adds, “It’s all scientifically researched so it’s completely fine.” 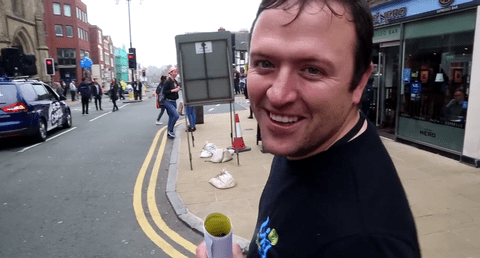 He then arrives next to two older men who carry hateful anti-gay signs and unfurls a sign of his own that reads: “Homophobes are statistically more likely to be gay.” The sign also has a giant arrow pointing towards the assembled band of homophobes. 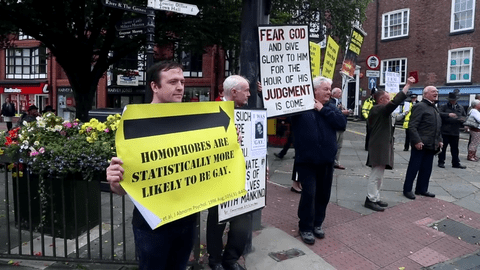 As the parade wears on, Paton receives cheers from passing revelers. “Not bad for a £10 sign,” he says after departing, his work clearly done.