Gay Man Who Met With The Pope Tells Lawrence O'Donnell That Kim Davis Meeting Was A 'Set Up': WATCH - Towleroad Gay News 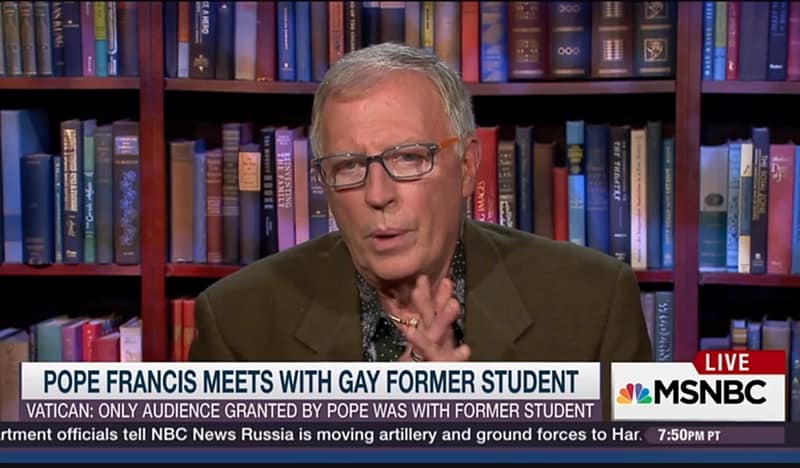 Last night, Yayo Grassi, the gay man who met with Pope Francis, joined Lawrence O’Donnell and Washington Post reporter EJ Dionne on The Last Word, to talk about the Pope’s meeting and how it was arranged. Dionne early on pointed the finger at Carlo Maria Viganò, the current Apostolic Nuncio leading the Holy See’s diplomatic mission to the U.S..

O’Donnell asked Grassi if The Pope knew that the man with him was his boyfriend.

Says Grassi: “Oh absolutely, yes yes yes. In that video, that segment that you just showed, when I introduced him to my boyfriend he said, ‘oh yes, of course, I remember you. We met in San Pietro.'”

O’Donnell: “Knowing the Pope as you do, what is your judgment about that meeting [with Kim Davis]?”

Grassi: “He basically was set up for this meeting with Mrs. Davis. I think that he was extremely surprised. I was very surprised and very suspicious from the beginning that this was not something that came naturally from the Pope as an invitation. When things started to come out was when I realized who was behind this. And I honestly wouldn’t have said anything had it not been that the Vatican press office released that statement and somehow the press got a hold of me.”