You are here: Home / Texas Gov. Greg Abbott Tells Obama: We Will Accept No Syrian Refugees 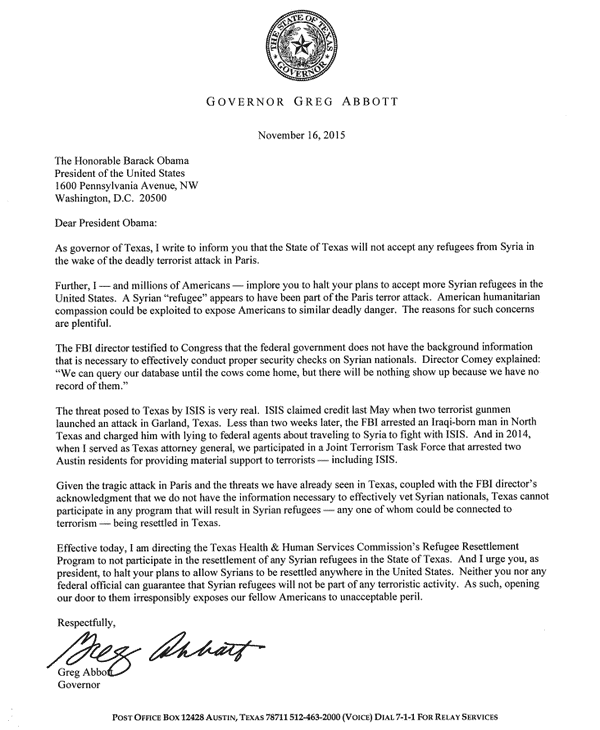 Texas Governor Greg Abbott sent President Obama a letter saying the state would accept no refugees from Syria in the wake of the Paris terrorist attacks. 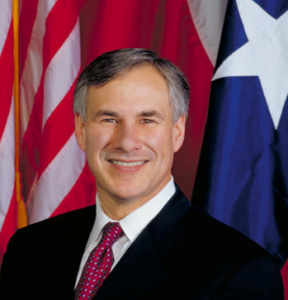 “Given the tragic attack in Paris and the threats we have already seen in Texas, coupled with the FBI director’s acknowledgment that we do not have the information necessary to effectively vet Syrian nationals, Texas cannot participate in any program that will result in Syrian refugees – any one of whom could be connected to terrorism – being resettled in Texas.”

“And I urge you, as president, to halt your plans to allow Syrians to be resettled anywhere in the United States. Neither you not any federal official can guarantee that Syrian refugees will not be part of any terroristic activity. As such, opening our door to them irresponsibly exposes our fellow Americans to unacceptable peril.”