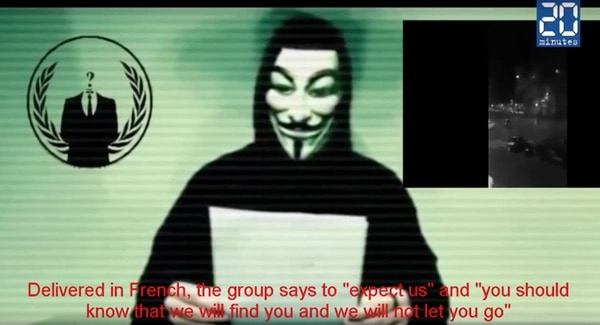 The hacker collective Anonymous declares war on ISIS in a video posted to YouTube over the weekend.

“Anonymous from all over the world will hunt you down. You should know that we will find you and we will not let you go. We will launch the biggest operation ever against you. Expect massive cyber attacks. War is declared. Get prepared. The French people are stronger than you and will come out of this atrocity even stronger.”

The group has been targeting the social media accounts of suspected extremists or Islamic State supporters since January’s attack on French satirical magazine Charlie Hebdo. This includes posting the details of hundreds of Twitter accounts potentially involved in spreading radical propaganda.