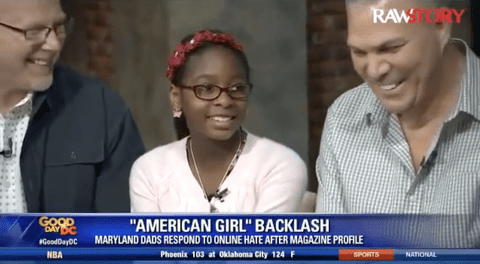 Last week we told you about 11-year-old Amaya Scheer of Maryland who was recently featured in American Girl Magazine for her involvement with her family’s charity that provides much-need toiletries to foster kids. Amaya lived in Foster Care herself until she was adopted by her two gay dads, Rob and Reece Scheer.

After seeing the story on Amaya and her family in American Girl, anti-gay conservative group One Million Moms lashed out at the Scheers online, writing,

“Scripture says multiple times that homosexuality is wrong, and God will not tolerate this sinful nature. American Girl doesn’t highlight other sins in their magazine…The magazine also could have chosen another child to write about and remained neutral in the culture war.” 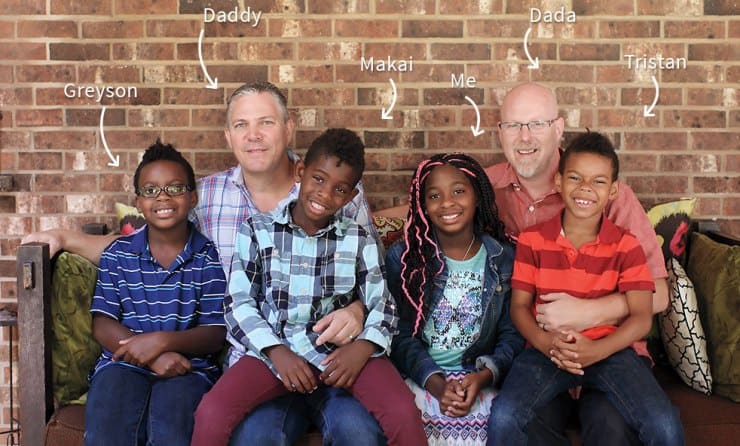 Speaking on morning talk show Good Day DC, Amaya and the Scheers fired back at One Million Moms, with little Amaya giving the best rebuttal possible to the bigots: “This is none of your business.”

“These were moms! These were moms that were saying that my family was wrong, that the love that my husband and I are giving our four kids and what we’re doing was wrong. I would expect moms not to say these type of things about our family.”

“But at the same time, these are a ‘million moms,’ they could really be helping the 364,000 kids in foster care. This is our family and it works for us. And you know what? We have four amazing kids that we adopted out of foster care. These are four kids that have fulfilled our life more than we ever thought.”

“So to the Million Moms, I say to them, ‘You know what? Go to your local foster care agency, those kids could really use your help and not worry about the Sheer family.’”

Watch the Scheers tell off One Million Moms, below: