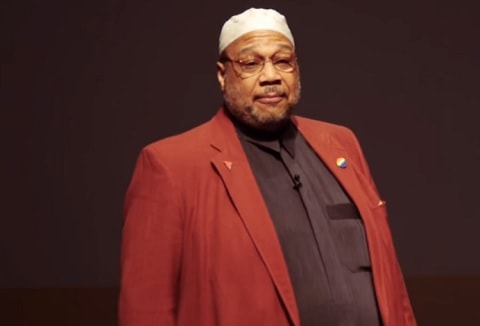 Long outspoken and controversial, Abdullah has faced hostility for supporting access to religion for people living with HIV and AIDS, mixed-gender worship and LGBT inclusion in Muslim liturgy.

Basing his arguments on reading the earliest Chinese and Arabic translations of Islam’s central religious text, he says “the idea that same-sex-oriented people can’t be as faithful or pious as heterosexuals is not something that is found in the Quran.”

Following criticism from the Shura Council of America and others, he has been inspired to establish the MECCA Institute, an online school and think tank that aims to offer classes in modern-day explication of Islamic philosophy and tenets. With both male and female teachers, classes will include Comparative Quran and Gender and Sexual Variance in Islamic Texts and Contexts.

“Five years from now I want to see 100 new imams who’ve been trained in an inclusive Muslim ideology.

“All of our classes will be open to Muslims and non-Muslims. Anyone who wants to learn about Islam, Christianity or Judaism and promote interfaith relations will be welcome. As an institute, we want to melt barriers and open up dialogue between diverse people.”

The MECCA Institute states its mission is to provide “modern academic research and courses that are devoid of political interpretations, providing men, women and sexual minorities an inclusive Islamic theological training.”

Registration for the MECCA Institute is now open.

Watch the launch video below.