BIONIC. Could so-called “tech tattoos” be the ultimate in wearable technology? “These temporary wearables work by combining conductive paint with tiny electronic components, creating working circuits on the surface of the skin. A heart rate monitor, thermometer, NFC chip or any number of other sensors could easily be attached — allowing the tattoo to work either as a fitness tracker, medical wearable, or even a payment system. Imagine checking out at Starbucks by tapping your tattooed bicep to the card reader.”

INSTAGOOD. How to Instagram your Thanksgiving dinner without eliciting eye rolls.

STORY TIME. Author Greg McGoon has penned the ‘world’s first transgender fairy tale’: “I want everyone to feel like they can have their own ‘Once upon a time.'”

BUSINESS. Gay consumers in China eyed by marketers for their spending power. But stigma still looms: “Homosexuality has long been taboo in China. But the spending power of China’s lesbian, gay, bisexual and transgender — or LGBT –community is attracting growing attention. A survey of more than 18,000 LGBT people in China released this month by WorkForLGBT, a coalition of companies and activists, found that respondents earn an average of 10,298 yuan ($1,610) per month, five times the national average. They also tend to be brand loyal and have more disposable income, largely because most don’t have children, WorkForLGBT found.”

TERROR. ISIS claims responsibility for bombing in Tunisia targeting Presidential guard, killing 12: “The statement said a suicide bomber blew up his explosive vest on the bus. It contained a photo of the alleged suicide bomber, along with the message: ‘Tyrants of Tunis must know that they will not be safe, God willing, and we won’t stop until the law of God rules Tunis.'”

GROOMING. Glitter beards are totally a thing and they’re here to terrorize your world.

TURKEY DAY. Everything you know about Thanksgiving is wrong, and here’s the video to prove it.

UPDATE FROM SPACE. Scientists now think what they first conjectured were “alien megastructures” orbiting a distant star are in fact just a bunch of comets: “Marengo and Co.’s work didn’t actually rule out an alien megastructure, but it did rule out other, more likely explanations — like massive planetary or asteroid collisions. Looking at the star in infrared light didn’t reveal the hot dust one would expect from such violent activity. That makes the most likely (non-alien) explanation a set of cold comets — ones that have been orbiting the planet for a while, causing different levels of dimming based on their assorted sizes and transit periods.”

EGGPLANT. The Game’s ‘eggplant’ pics have apparently been flagged so many times that Instagram wants to take them down.

OPINION. Michelangelo Signorile calls out gay and bisexual members of Congress for selling out desperate LGBT Syrian refugees: “[Jared] Polis, the first openly gay parent in Congress, was working overtime on Twitter and Facebook, clearly on the defensive and definitely not realizing the backlash would be so massive. Over the weekend, [Sean Patrick] Maloney, the first openly gay person elected to Congress from New York State, tried to explain himself to AIDS activist Peter Staley, who lambasted Maloney on Facebook. But it was to no avail as Staley meticulously took apart Maloney’s distortions and rationalizations, while others jumped in to take Maloney to task. [Kyrsten] Sinema, the first openly bisexual House member, is perhaps the greatest hypocrite of the three: She represented refugees in the past as an attorney, and in 2007 defended an Iraqi refugee whose vetting was taking two years, claiming he was being discriminated against based on his nationality.” 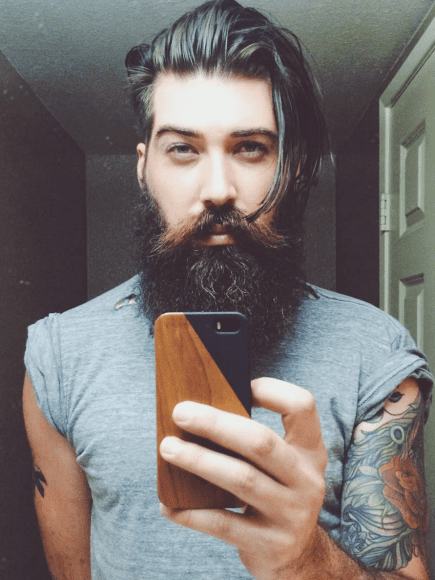