You are here: Home / Gordon Klingenschmitt Thinks Hurricane Gordon Was a Sign of Support From God: VIDEO 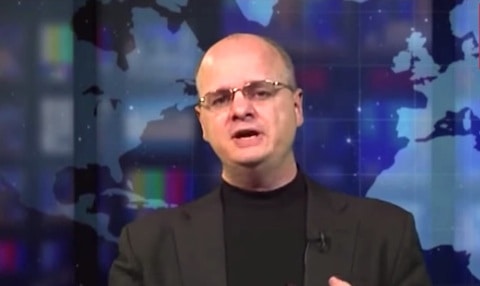 Klingenschmitt was speaking at the same event at which pastor Rick Scarborough said the U.S. would find a cure for AIDS if it rejects homosexuality.

According to Right Wing Watch, former Navy chaplain Klingenschmitt dedicated his speech to a series of events in 2006 when he erroneously claimed to have been prevented from praying in his official capacity as Navy chaplain. He was in reality disciplined for appearing at a political rally and eventually court-martialed.

However, all is OK in his world because “on 14 September, 2006, the same day I was literally [or not] found guilty of worshiping in public in a Virginia Beach courtroom, 1,000 miles off the Virginia coastline, Hurricane Gordon is swelling at full strength.”

“My first name is Gordon,” he helpfully added. “Glory to God! Hallelujah! God is doing signs and wonders in the heavens.”

Thanks for that Gordon.

Watch his speech below.