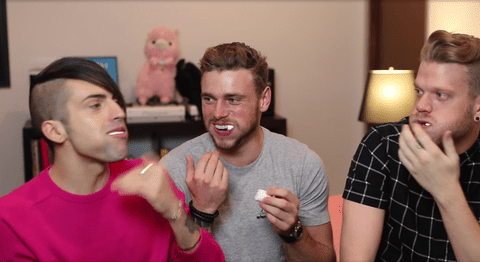 Out gay Olympic freeskier Gus Kenworthy teamed up with Superfruit, two gay male members of the a cappella group Pentatonix, to play a game of Chubby Bunny and sing a little Carrie Underwood.

For the uninitiated, the Chubby Bunny challenge is when you put as many marshmallows in your mouth as possible and try to say the words “Chubby Bunny.” The first person to fail to be able to say “Chubby Bunny” is the loser. The last man standing (aka the person able to put the most marshmallows in his or her mouth) is the winner.

Who do you think will be able to fit more in their mouth? Gus Kenworthy or one of the guys from Superfruit? 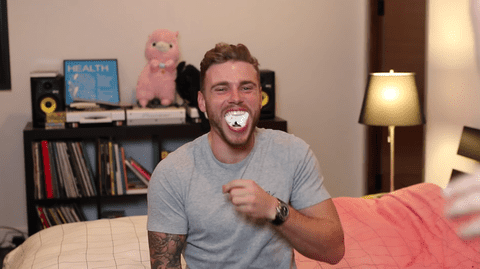 Then watch as Gus Kenworthy and the boys from Superfruit sing an a capella version of Carrie Underwood’s “Before He Cheats”, here:

Previous Post: « Equality California Calls Out LGBT Lawmakers for Vote on Refugee Bill
Next Post: What To Watch On TV This Week: More Radwells on ‘Scream Queens;’ Weir Goes To The Dogs »