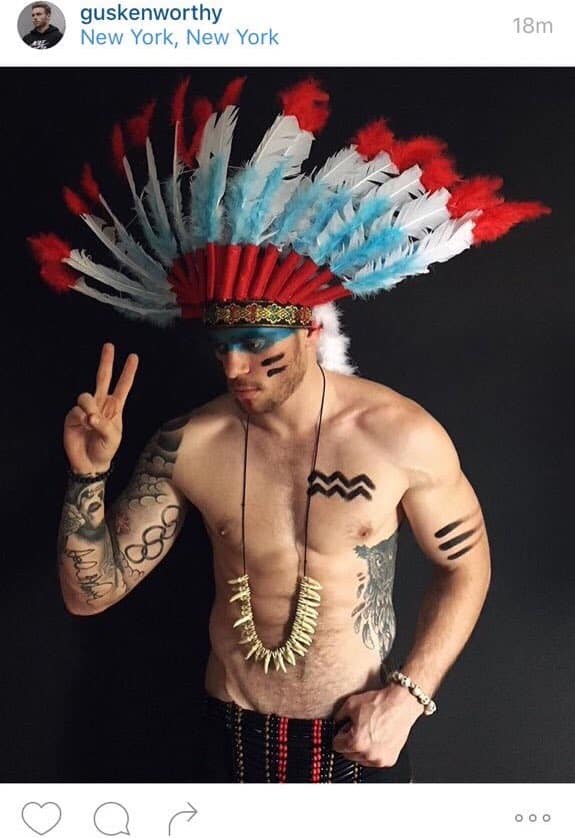 Recently out Olympian freeskier Gus Kenworthy has proven to be a master exhibitionist. However, it was his fourth (yes, fourth) scantly clad Halloween costume that has landed Kenworthy in some hot water.

Originally posted to Instagram, Kenworthy did end up taking the photo down. The caption for that photo read: “Halloween costume number four – two and three weren’t worth posting… Anddd for everyone giving me grief, I don’t really understand why this is racist or cultural appropriation – it’s Halloween! Just having fun! :)” He also included several emojis and hashtags.

Kenworthy responded to one critic on Twitter, writing, “Didn’t realize I was being offensive & didn’t mean to marginalize or appropriate Native American culture. Sorry! Pic deleted.”

Others on Twitter were quick to take Kenworthy to task for his costume and the caption he included with the photo, in which he insisted the costume was not cultural appropriation or racist.

For some context on Native American Halloween costumes, watch this video in which actual Native Americans try on so-called ‘Indian’ costumes and share their reactions. Said one person, “You don’t get to tell me that this isn’t offensive.”