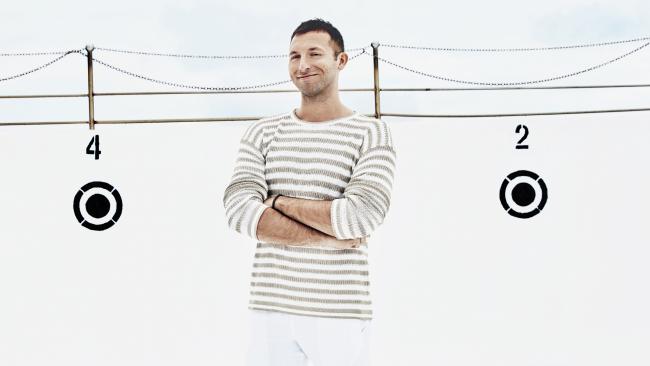 Australian Olympic swimmer Ian Thorpe, aka the ‘Thorpedo’, is opening up on what life and love have been like for him since publicly coming out as gay in 2014.

Speaking with The Daily Telegraph, the decorated Olympian describes the past year as “really great” though he admits it was not exactly what he expected:

“Throughout all of it, I’ve been really happy living my life with authenticity and honesty. It’s not like everything’s been great because I came out…There have been ups and downs, but progressively I feel like I’m a lot more comfortable in myself, and I’m looking forward to the future, which is really nice.”

As for his love life, Thorpe says that dating has been “a lot harder” than he expected:

“It’s an absolute mess out there! I’m like, ‘Where are all the normal people?’ “I’ve never really dated, so I’ve come in being almost completely blindsided by this…I think if someone puts an effort into a date, then full points – it’s not like I’m a hard marker. But there are some nut cases. It’s just a bit weird…But that’s the dating scene – I say it and I laugh and I’ve got a smile on my face, so it’s not that bad.”

Thorpe says he is essentially looking for someone who is 1) not crazy and 2) based in Australia. As for whether being the famous Ian Thorpe is a “help or a hindrance” in dating, as The Telegraph put it, Thorpe quips, “I’ll use it as an excuse if I’m not doing well.” In terms or meeting guys, he eschews dating apps and websites in favor of a “more old-school” route of meeting “people in real life.”

Thorpe had faced questions about his sexuality since he was 16 and publicly denied he was gay until last year. Speaking about coming out, Thorpe says he would have done so earlier if he had realized what impact it could have on young LGBT athletes struggling with their sexuality:

Thorpe also described coming out as a “second puberty”:

As for the response he’s received in Australia since coming out, Thorpe says, “They [the public] wish me well, but it’s not important to them. I think it’s a very mature response and it’s the response I appreciate the most.

Check out photos of Thorpe’s shoot for The Telegraph below:

Previous Post: « Are James Bond and Jason Bourne Having an Affair? – WATCH
Next Post: Jim Broadbent: Ben Whishaw Thriller About Gay Spy Is ‘Not A Gay Story’ »