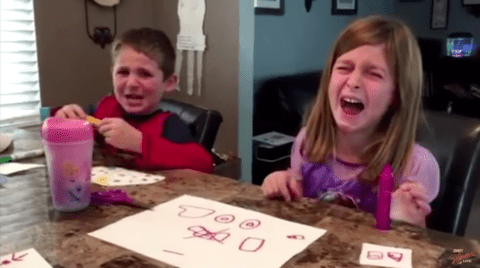 For the fifth year in a row, the late night funnyman asked parents to play the meanest prank possible on their kids–telling them they ate all their Halloween candy–and record their reactions for the world to see. This year saw a record number of submissions and, as usual, the kids went apoplectic. Several even passed out. But at least two kids were wise to Kimmel’s ways. Not believing that their parents had actually eaten all their candy and suspecting it was all a ploy of Kimmel’s doing, the kids said, “Sorry, Jimmy Kimmel. We’re not falling for it.”

Watch the hilarious video below: