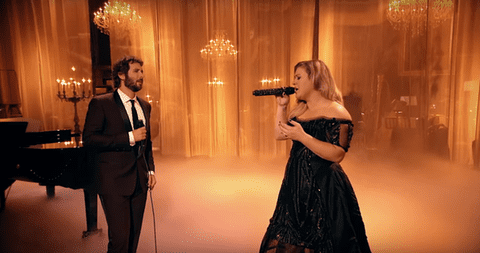 Kelly Clarkson and Josh Groban took on the duet “All I Ask of You” from Andrew Lloyd Weber’s The Phantom Of The Opera and the result is stunning.

The performance was excerpted from Groban’s PBS special airing in December in which he covers classic songs from the Broadway canon.

Before the performance, Kelly Clarkson shared that she, like so many young girls (and boys), wanted to be Christine after seeing Phantom as a child.

Watch the chilling duet and be sure to look for some LOL-worthy audience member reactions, below: