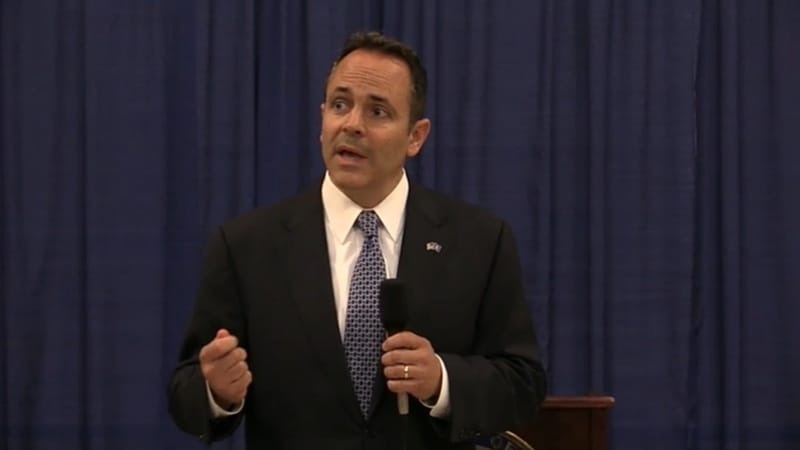 “One thing I will take care of right away, we will remove the names of county clerks from the marriage forms. That is going to be done. The argument that that cannot be done is baloney. We’ve already changed those forms three times for crying out loud. We can do better than we are by our county clerks. I do intend to make that change. We will take the names off those forms. We will do that by executive order. We will do it right out of the gate…sooner than not.”

“Kim Davis and Liberty Counsel applaud Governor Elect Matt Bevin for his leadership in protecting the rights of conscience of all County Clerks. It is refreshing to have someone with the integrity, character, and concern of Matt Bevin leading the Commonwealth of Kentucky. Gov. Steve Beshear could have resolved this marriage license issue a long time ago, but he chose to ignore the plea for help. Gov. Elect Bevin’s impending executive order is a welcome relief for Kim Davis and should be for everyone who cherishes religious freedom.”