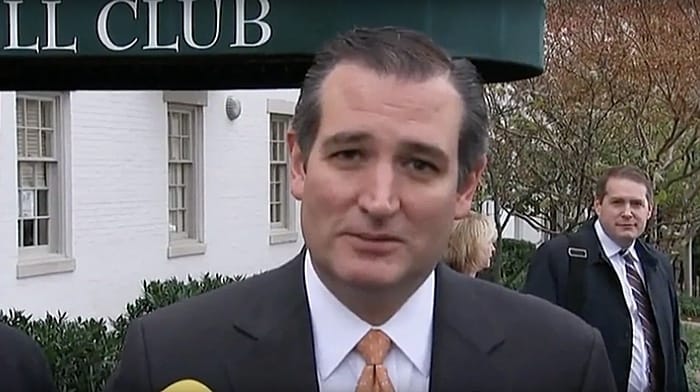 Ted Cruz has created a national prayer team as new polls show him moving up and tied with Ben Carson for second place at 18 percent.

“Mr. Cruz, who has aggressively courted the support of evangelicals, said the creation of the team would ‘establish a direct line of communication between our campaign and the thousands of Americans who are lifting us up before the Lord.’ Group members will receive emails containing prayer requests and a short devotional every week, the campaign said. They will also be invited to take part in a 20-minute “prayer conference call” each Tuesday.”

Cruz has tied up the evangelical vote, according to Politico:

“Cruz has got a lot of people on the ground who can historically move numbers,” said Bob Vander Plaats, a prominent and still unaligned conservative in Iowa who is hosting a major cattle-call for Republican presidential candidates on Friday night. Vander Plaats in previous cycles attached his endorsement to the candidate who ultimately won the Iowa caucuses, and this time, he is thought to be leaning toward Cruz.

A new NBC News poll show Cruz moving up into a tie with Carson at 18 percent, while frontrunner Donald Trump leads with 28 percent. 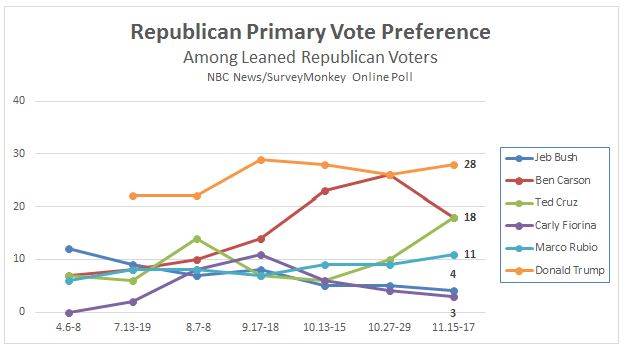 Carson is the top candidate of 25 percent of white evangelicals, though his advantage in that group has declined eight points since last month. Meanwhile, Trump (23 percent) and Cruz (22 percent) have gained on the retired neurosurgeon among that religious community.

Previous Post: « GOP Candidates Have No Regrets About Attending ‘Kill the Gays’ Rally: VIDEO
Next Post: David Bowie’s ‘Blackstar’ is a Weirdly Wondrous Way to Start Your Weekend: WATCH »