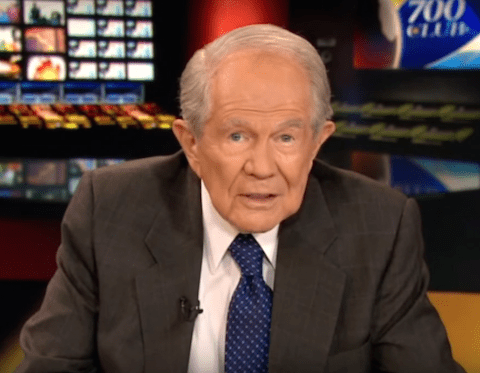 Pat Robertson’s fixation with sodomy continues as he warned on his 700 Club program that God will smite the U.S. for allowing “sodomite marriage,” by destroying the country’s economy.

Robertson emphasized that the blurring of gender identities and allowing “men into women’s bathrooms” is “insanity.” Robertson then reiterated the tale of Sodom, calling LGBT people sodomites.

The former minister continued that the U.S. is set for a major upcoming financial collapse and believes that if God is going to punish the U.S. for its “sodomite” ways, it’ll be through collapsing the economy. Watch, as Robertson delves further into his fixation with “sodomite marriage,” below: