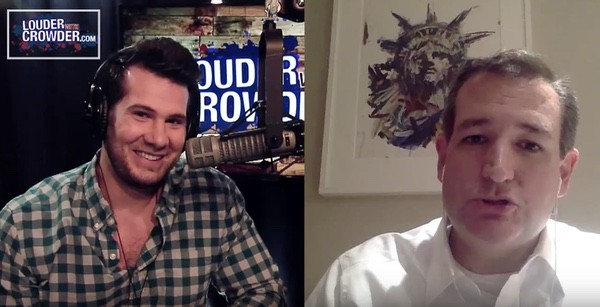 Ted Cruz sat down with Steven Crowder this week on ‘Louder with Crowder’ and an accusation that the Obama administration doesn’t acknowledge that radical Islamic terrorists exist took a quick detour to bash trans people.

“We’re talking about a generation of people who get offended if you use the genetically proper pronouns. So, getting to the point of calling something Islamic terrorism is a little further down the trail.”

“Look, these guys are so nutty that the federal government is going after school districts, trying to force them to let boys shower with little girls. Now listen: I’m the father of two daughters, and the idea that the federal government is coming in saying that boys, with all the god-given equipment of boys, can be in the shower room with junior high girls – this is lunacy! …You know, the funny thing is, my five-year-old knows there’s a difference between boys and girls. And yet modern Leftists can’t figure that out.”