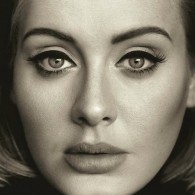 RECORDS: Adele’s 25 first week sales are an unreal 3.38 million: “That’s the largest single sales week for an album since Nielsen began tracking point-of-sale music purchases in 1991. 25 is the first album to sell more than 3 million copies in a week in Nielsen history, and only the second to surpass 2 million sold in a single frame.”

LGBT DISCRIMINATION: Battle moves from Houston to Jacksonville: “Like Houston, Jacksonville is a growing Southern city where religion plays a powerful role in public life. And, as in Houston, the battle here pits a well-organized coalition of gays and business forces against energized Christian conservatives who raise issues of religious freedom and the specter of male predators in women’s bathrooms. One major difference: In Houston, voters this month rolled back an existing ordinance; in Jacksonville, for now, the issue is before elected officials.” 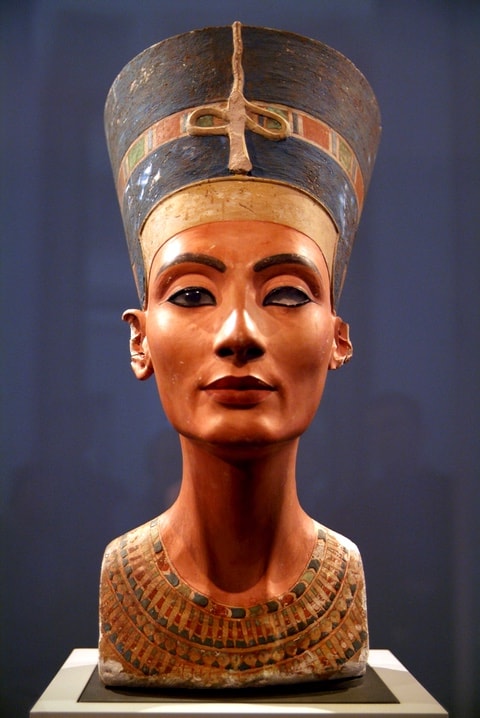 ANCIENT HISTORY: Have archeologists located Queen Nefertiti’s tomb? “Experts believe they have discovered Nefertiti’s grave hiding behind a wall in Tutankhamun’s tomb. It is thought the Queen died in the 14th century B.C. and is thought to be Tutankhamun’s stepmother, and confirmation of her final resting place would be the most remarkable Egyptian archaeological find this century.”

BRITISH COMMONWEALTH: LGBTs have an ally in Baroness Scotland: “Baroness Patricia Scotland, the former Labour minister, will spend the first two years of her tenure as the Commonwealth’s top diplomat persuading 40 of its member states to decriminalise homosexuality. LGBT groups were furious that the issue was not on the agenda for this weekend’s Commonwealth Heads of Government Meeting (CHOGM) in Malta, even though consensual homosexual activity is still only legal in 13 of the 53 countries who are taking part. ” 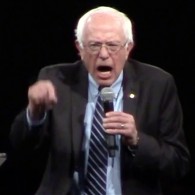 2016 ELECTION: Bernie Sanders wasn’t always in vanguard on gay rights: “Mr. Sanders has highlighted his opposition to the 1996 Defense of Marriage Act, which denied federal recognition to same-sex marriages, saying he thought couples should be able to ‘get married regardless of their sexual orientation.’ In a recent interview, he said that ‘without tooting my own horn,’ his opposition to the act, which was signed by President Bill Clinton, ‘means that somebody has got to take leadership,’ and he told Gail Collins, a columnist for The New York Times: ‘I’m not evolving when it comes to gay rights. I was there!’ But on his home turf in Vermont, the first state to recognize civil unions and a trailblazer in same-sex marriage rights, gay rights advocates say Mr. Sanders was less than a leader, and not entirely present, on the issue.” 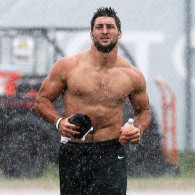 TIM TEBOW: Former QB can’t make it to the end zone? “Confidenti@l is told the QB’s model squeeze Olivia Culpo has dumped him after a two-month relationship – because he won’t have sex with her. The former Miss USA, who was first reported to be seeing Tebow in early October, has told friends that she can’t deal with the famously abstinent star’s nookie-less lifestyle.”

HARVARD: First gay couple to head a Harvard house don’t want anti-gay bigot’s name removed from the house: “Advice to protesters who want to rename buildings on campuses: You don’t need to erase history to deal with it.”

SPACE: Canadian astronaut Chris Hadfield talks with NASA physicist and cartoonist Randall Munroe about life in the universe: “We are potentially right on the cusp of discovering if we’re alone in the universe or not. The discoveries we’ve made in the last couple of years, of other places where liquid water exists – on Mars, on [Jupiter’s moon] Europa, on [Saturn’s moon] Enceladus – where there’s enough heat to keep the water liquid. Anywhere on Earth you have heat and water, you have life. So we may [soon] be able to see if we’re alone in the universe or not. That’s exciting to me.”

Previous Post: « J.K. Rowling Understands Her Superfans Because of Her Obsession with Morrissey
Next Post: Andy Cohen’s Childhood Letters from Camp Reveal That We Never Really Change: WATCH »