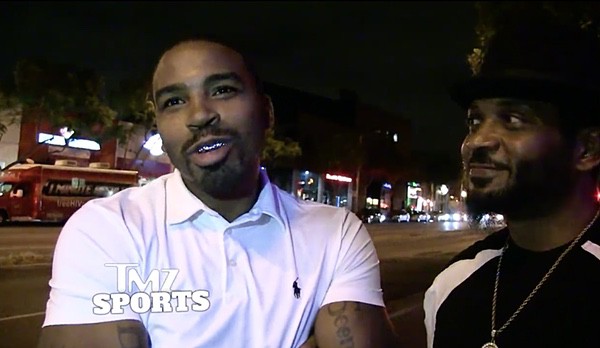 TMZ caught up with pro boxer Yusaf Mack outside L.A.’s Rage nightclub on Santa Monica Boulevard in West Hollywood on Sunday, less than two weeks since it was revealed he had co-starred in a gay adult film.

Mack had at first claimed he was drugged into doing the film, but then came clean and said he was bisexual. A few days later he sat down with a Philadelphia news station and told them he’s gay.

Said Mack of the film: “I just didn’t know when it was going to come out. When it came out, it was out. I couldn’t hide it anymore. t was down and out, I asked friends, they wouldn’t help me, so I did what I had to do.”

“Are you still into ladies? You’ve gone over – are you completely into guys now?”, TMZ’s cameraman asked.

“New life,” Mack said, with a little coaching from his companion. “I’m living a new life.”

Previous Post: « What To Watch On TV This Week: Marlon Brando In His Own Words; Spotlight On LGBT Elders
Next Post: Trump Suits Up for Christmas Battle: ‘Maybe We Should Boycott Starbucks’ – WATCH »