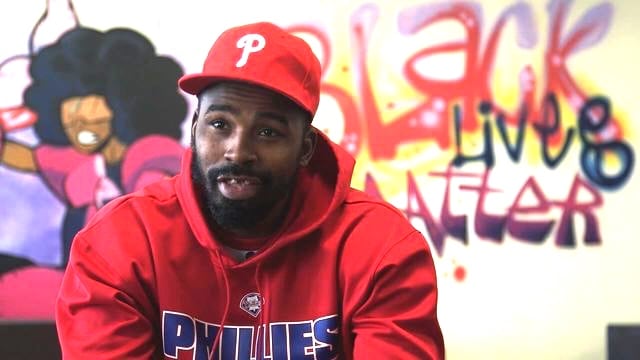 Professional boxer Yusaf Mack now says he’s gay. The revelation follows an apology and statement last week retracting allegations that he was drugged into doing a gay adult film. He also said in the statement that he is bisexual.

The new interview, with FOX 29, reveals that Mack wants to speak openly about his sexual orientation and be honest about the reasons he made the film, and move on.

RELATED: Boxer Who Appeared in Gay Adult Film Says He Was Drugged Into It

“I just didn’t know when it was going to come out. When it came out, it was out. I couldn’t hide it anymore. t was down and out, I asked friends, they wouldn’t help me, so I did what I had to do.”

RELATED: Boxer Yusaf Mack Comes Out as Bisexual, Admits He Was Not Drugged Into Doing Gay Adult Film

Mack says he never thought anyone in Philly would see the film and describes what it felt like when news broke that it was out there:

“I was hurt. Like to myself. Then I think about my children, like how am I gonna explain this to my children. I called a couple of my friends and told them ‘I’m thinking about killing myself.'”

Mack said friends came to help him through his pain. His 23-year-old daughter hasn’t been so accepting.

“Kill yourself,” she said, according to Mack, “You embarrass us.”

“The truth is I’m sorry. You don’t like me or love me, regardless I’m still me. When you see me on the streets, I’m still Yusaf Mack.”